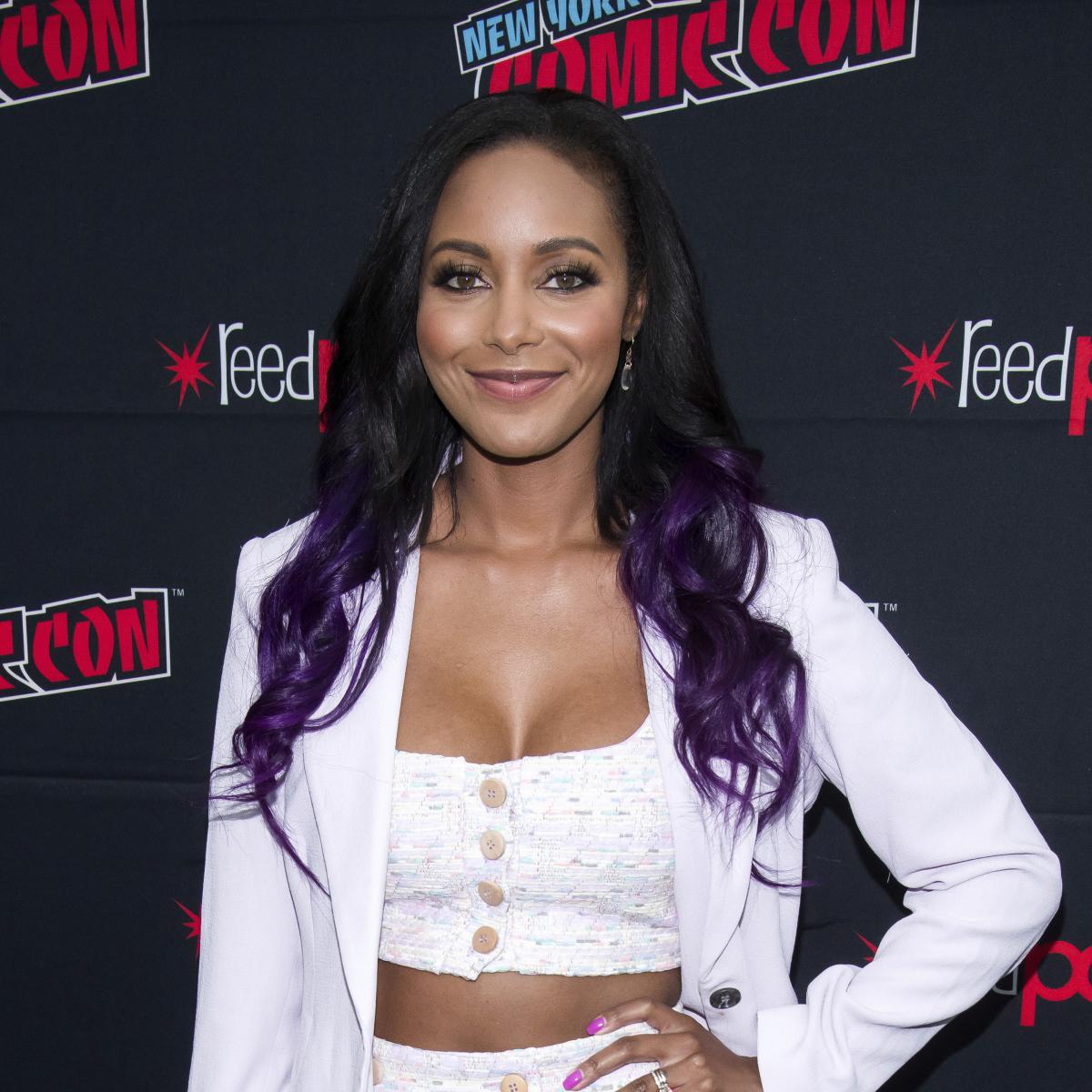 All Elite Wrestling held its second pay-per-view under the name Full Gear on Nov. 7. The card for this event was stacked and saw Darby Allin defeat Cody Rhodes for the TNT Championship.

Last week, Cody spoke with Bleacher Report about several topics before the PPV. Ahead of this week’s Dynamite, Chief Brand Officer Brandi Rhodes spoke to B/R about how she got into the business, her training and creating a community for women who love pro wrestling.

Brandi and Cody are, in many ways, the first couple of AEW. They have been instrumental behind the scenes and on camera in making the company into what we see today.

While she has now been in the business for nine years, Brandi did not originally intend on becoming a pro wrestler. Her first goal was to build a career in broadcast journalism after getting her master’s degree.

“Broadcasting was always my long-term goal. When I was a kid and people would ask me what I wanted to be when I grew up, I would say a TV reporter. I got right into the field and started working as a journalist in Michigan for a while, and unfortunately, I realized I didn’t like it. I was a reporter in Flint, Michigan, and I was outside a home with a dead body on Christmas while my whole family was at home enjoying the holiday, and I thought, ‘I don’t like this. This isn’t what I thought it was going to be.’

“I moved to Florida and started pursuing entertainment. Then I got wind that the University of Miami had a great broadcast journalism program, so I thought I would take my shot. I did very well and got a partial scholarship there. They turned my attitude about journalism completely around, and I was excited about it again. At that time, somebody was scouting for Divas. I went and watched a show and decided, ‘This is for me, and it’s the direction I’m going to go.'”

Before the Women’s Revolution in WWE, the term “Divas” was used for the female performers. Brandi began her training in FCW, which was one of WWE’s developmental territories before the company opened its own training facility and rebranded NXT.

Originally hired to be an in-ring performer, she soon found herself working in a completely different role after impressing management with her ring-announcing ability.

“About a week into training at FCW, I went to one of the local shows, and they were asking who could do the ring announcing since the normal guy wasn’t there. All the girls were freaking out and didn’t want to do it, and I was like, ‘You guys know I am a broadcast journalist, right?’ So I did it, and the next thing I know, [Senior Vice President of Talent Relations] John Laurinaitis called and said, ‘Hey, you’re on the road.’ I told him I only did it one time at this little show in Florida, and he said, ‘It’s OK, kid. You’ll be good.’ The next week I went and announced in front of 10,000 people, which was pretty terrifying.”

After spending a few years announcing for other wrestlers, Brandi began focusing on the physical side of the business. She has had matches in Ring of Honor, TNA Impact, Stardom and, of course, AEW.

During the first few months of Dynamite, she was aligned with Awesome Kong, Mel and Luther in a faction known as The Nightmare Collective. The storyline was cut short when Kong had to undergo back surgery, so Brandi shifted gears and began wrestling more instead of working as a manager.

Despite being a regular fixture on Dynamite and AEW Dark, she has never stopped training and learning from the legends she is around almost every day. She was even on her way to class during this interview.

“My training has been sporadic over the last five years. Over that time span, the most committed is QT Marshall. His school is here in Atlanta, and he would help me and train me. I’m actually getting ready to head to QT’s school right now and train with the guys.”

Unlike a lot of wrestlers who spend time in the indies performing without the pressure of cameras and a national TV audience, a lot of Brandi’s early work was televised. She didn’t have the luxury of practicing for years in front of smaller crowds, so fans were hard on some of her early in-ring work.

I think Brandi Rhodes is a good wrestler, especially given how many matches she has. She is far better than her match count. Her actually actions in the last match on dynamite was flawless, and even included some difficult moments of thinking on her feet to save situations.

This Brandi Rhodes is so much better, she’s such a natural babyface IMO #AEWDynamite @WrestlingInc

Some of her recent matches have received praise online, with many commenting on how much she has improved over the past few years. Brandi is a member of the Rhodes family and with that legacy comes a lot of pressure.

“It’s great to see people recognizing the hard work I have put in; however, it’s like a flower. You have to water it and nurture it and let it bloom. You can’t expect somebody to go out there their first time and expect them to be The Rock. I’m now part of a family that is awesome and amazing, and everyone is a super athlete. They were born and bred into this. I came in as a Diva, so I have had to work extremely hard.

“Every week, Dustin [Rhodes] holds a class. I’m there every single time. Jerry Lynn has been amazing when it comes to the matches. After I have a match, I always go to Jerry because he is not going to blow any smoke up my behind. We’re all still growing. I watch Cody go to Jerry or Arn [Anderson] after a match, and he is one of the best wrestlers in the world, so if he is doing that, we should all be doing that.”

One of the things Brandi has worked on outside the ring is AEW Heels, a community for women who love wrestling. There are online events, Q&A sessions, games and resources for women in and out of the business.

“The short-term goal for AEW Heels was for it to organically expand and become a community people can rely on where they can communicate and get to know the female talent. The goal is to be able to do these events in person one day. We don’t know when that will be, but we are looking forward to it.”

Super fun playing @jackboxgames Trivia Murder Party with @RefAubrey, @wrestlingleva, &amp; the fabulous ladies of @AEW_Heels!!! Game night is SUPER fun, I’m going to make sure I’m at every single one from now on. That was a blast! #AEWHeels

183 women in the hang session at @AEW_Heels!

The chat is blowing up with supportive messages.

It’s so cool to see #WomenSupportingWomen

The CBO of AEW has faced a lot of competitors, but there are still plenty of women she has yet to battle inside the squared circle. One person she singled out as being a dream opponent is one of AEW’s most recent hires and a veteran of the industry.

“I would love to wrestle Serena [Deeb]. I think she is amazing. Training with her here and there, she is somebody you pick things up from without knowing you’re doing it. She’s very fluid in the ring, and I think we could have a really nice match.”

Brandi has recently started a partnership with Red Velvet after the two had a match on Dark. She appears to be taking a managerial role, but it’s also likely we see them team up for more tag matches in the near future.

Brandi can be seen on AEW Dynamite on TNT, AEW Dark on YouTube and her own YT series, A Shot of Brandi.