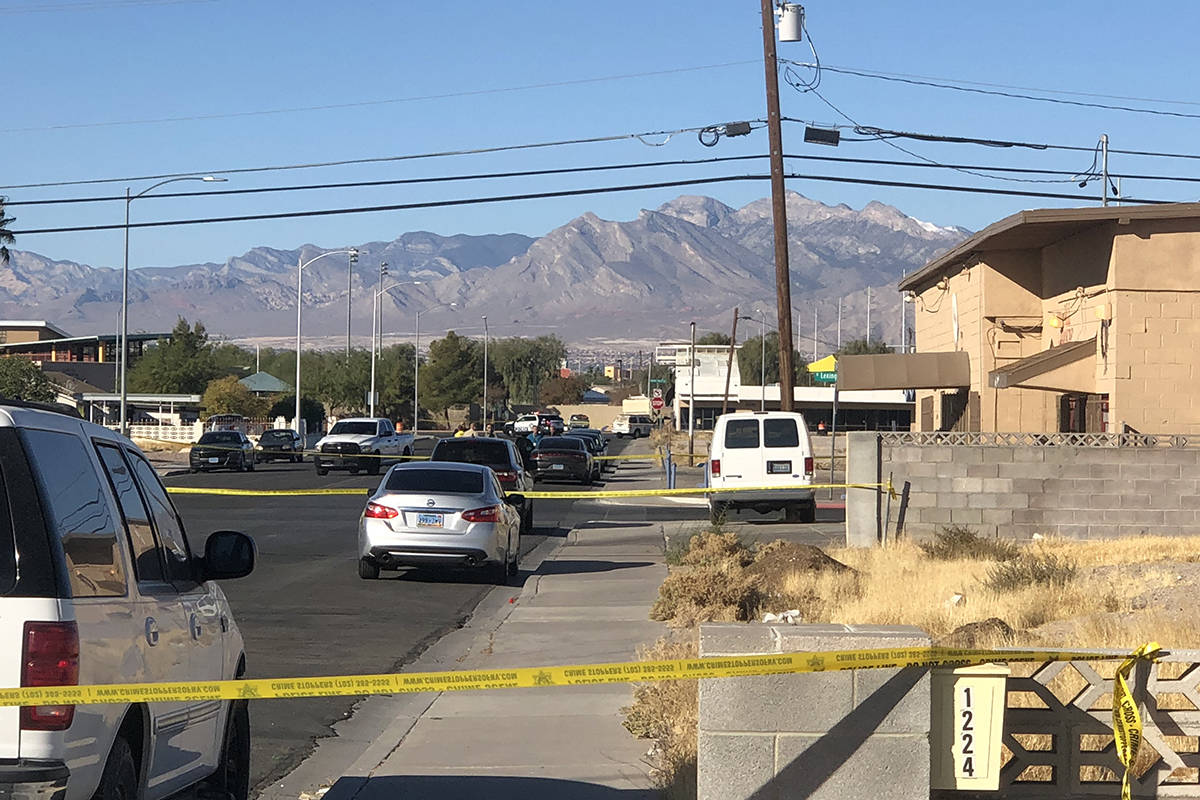 Las Vegas homicide detectives are investigating after a man was found dead Saturday morning outside a business in the Historic Westside, police said.

A business owner who was opening a store found the man lying on a sidewalk with at least one gunshot wound about 7 a.m. near Miller Avenue and Lexington Street, east of Martin Luther King Boulevard and Carey Avenue, Metropolitan Police Department homicide Lt. Ray Spencer told reporters outside the scene Saturday morning.

The man appeared to be 30 to 40 years old, Spencer said. First responders pronounced him dead at the scene.

“We do not know how long the male has been down on the sidewalk for,” Spencer said.

Detectives believe the man may have arrived in the area in a car found near his body. Police had not identified any witnesses or a potential suspect as of Saturday morning, Spencer said.

“As far as why he was there or what took place, we don’t know,” he said.

Further information was not immediately available.