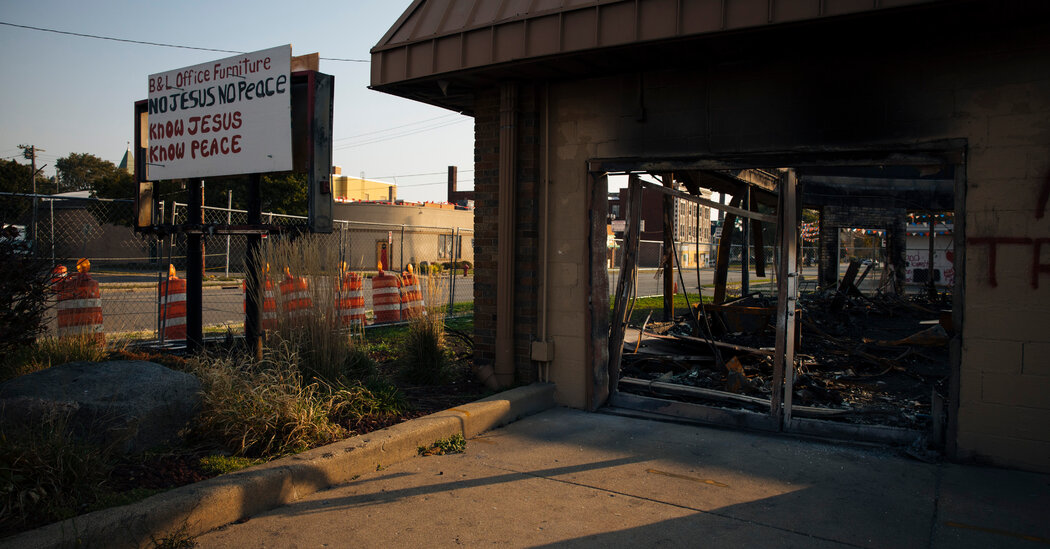 “It’s some blue-haired, latte-drinking hippie in Seattle coming here to raise hell while they go home to their nice beds,” said Ms. Tolliver, who is in her late 50s. “They don’t care about any of us.”

“Nobody expected this in little Kenosha,” said Jennifer Dooley-Hogan, a local marketer who is the president of Downtown Kenosha Inc., which is working to raise $300,000 in grants to help businesses damaged during the riots.

A season of downturn and pain

A city of about 100,000 built along Lake Michigan, Kenosha has seen hard times. In 1988, most operations of the local Chrysler plant were shut down, and the city lost 5,500 jobs. But it slowly came back to life, with companies like Haribo candy, Uline shipping specialists and Nexus pharmaceuticals opening or expanding in town.

This summer, Mr. Tagliapietra, the restaurant owner, and his partners had opened a high-end downtown attraction, a symbol of its economic rise: the Apis Hotel and Restaurant, with entrees like coriander braised lamb shoulder ($20) and raviolo al’uovo ($18).

Then two forces hit: the pandemic, and the economic damage to the budding hospitality and shopping district.

On Aug. 23, Mr. Blake was shot by a white officer. The video showed the officer shooting him in the back seven times as he got into his car. News spread that he had been trying to break up a fight and that he was unarmed. The facts that ultimately emerged about the encounter were more complex, but the viral video of the shooting was damning. Another unarmed Black man had been attacked by police.

Kenosha erupted. That night, antiracism protests turned into riots that lasted for days.

The city’s lower- and middle-class business owners were ultimately hit harder than the more affluent. When the riots started on a Sunday night, Kenosha’s wealthier and whiter Downtown organized quickly to board up the storefronts, thanks to a longstanding tight-knit business association. By the next morning at 7, hundreds of volunteers were gathering with hammers and nails. Those who couldn’t hammer came with water and sandwiches. Several shops had already been looted and damaged. But mostly, the area was protected.