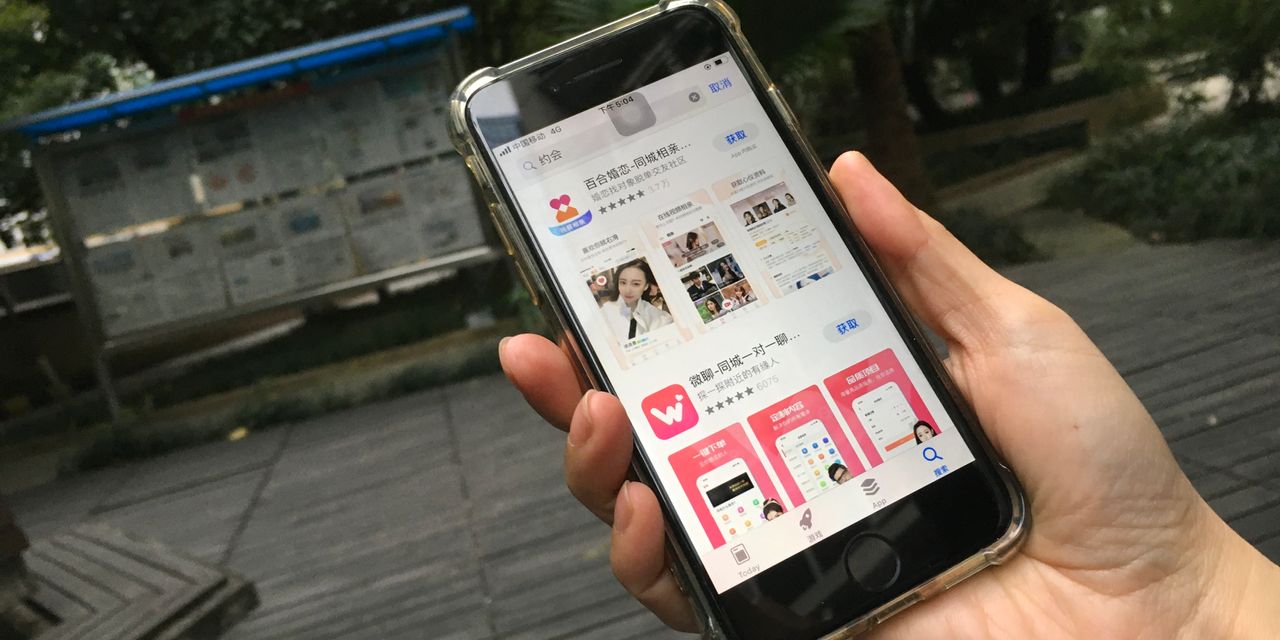 Xu Meiying was nearing retirement from her job in logistics in the Chinese province of Henan when she started thinking about a career change, tapping into an earlier knack for bringing together friends into often successful courtships.

She launched her matchmaking business with a single sign, listing her contact information for anyone needing help finding love—even offering her services for free.

Two years later, Xu is one of China’s most successful professional matchmakers. She has 250,000 followers on China’s Kuaishou social-media and video app, charging anywhere from 166 yuan ($25) to CNY999 to Chinese love-seekers, she tells Barron’s. She declined to say what her annual income is.

Privately held Kuaishou, often compared to TikTok, earned $7.2 billion in revenue last year from more than 300 million daily active users, Chinese media reports. Xu uses the site as a sort of storefront, featuring videos discussing her services and showing clips of singles seeking partners. When a client pays for her services, she places them in one or several of her 30

groups, each tailored to specific niches. She has a northern China WeChat group, a southern China one, one for divorcees, others for singles with or without children—even a group for those willing to pay a dowry, and another for those not willing.

Xu has plenty of competition. For a younger crowd, that mostly means dating apps. China’s dating-app sector is not dissimilar to that in the U.S.—with both having roughly four or five significant players, each seeking to fill certain niches.

(ticker: MOMO) is the leader in China for more casual hookups among a younger demographic. It claimed over 100 million monthly active users in 2020, according to iiMedia Research. Momo acquired its only real competitor, Tantan, in 2018 for nearly $800 million, but the latter’s reputation as a one-night-stand service resulted in regulators pulling it temporarily from app stores last year. Both apps have since sought to downplay their reputations, and stress their ability to make lasting personal connections.

Momo hasn’t had a great year. Its user base has been stagnant since 2019 and its stock has fallen roughly 50%, to $15, since the pandemic. “A considerable number of our high-paying users are private-business owners whose financial conditions have been negatively affected by the pandemic,” CEO Tang Yan said on the company’s latest earnings call. On Oct. 23, Momo announced that Tang, who founded the company, was stepping down as CEO but would serve as board chairman.

Despite Momo blaming the pandemic for its worsening performance, some younger singles tell Barron’s that their dating habits are back to normal. “I use three dating apps and have too many connections,” says Mary Liu, a 26-year-old unemployed Beijinger. “I could never go on dates with all of them, even though I date almost every weekend.”

Revenue for the overall online-dating and matchmaking market in China is forecast to hit CNY7.3 billion ($1.1 billion) next year, according to iResearch. That’s up from CNY1 billion a decade ago. China’s dating-app leaders have largely confined their business to within the country, while U.S. apps have spread around the world.

(IAC) spun off Match in July, in what chairman Barry Diller called “the largest transaction at the core of our strategy throughout these 25 years.”

Match’s gem is Tinder, which remains the highest grossing nongaming app worldwide, with $1.2 billion in annual revenue last year, according to company filings. In China, as in some other foreign markets, Tinder serves as the app used by those seeking a more international partner—either a foreigner or someone who has lived abroad.

A weekly guide to our best stories on technology, disruption, and the people and stocks in the middle of it all.

Match hasn’t taken the pandemic hit Momo has, with its stock price doubling since March, to a recent $137.22, on profit and revenue growth. Earlier this month, the company posted third-quarter revenue that beat analyst expectations.

As these apps seek niches that will hook various demographics, matchmaker Xu says she offers two things they don’t—trust and in-person service. “Dating and marriage deserve greater social attention and care,” she says. “And I make sure people aren’t deceived or cheated,” addressing a common complaint about dating apps, where users can easily misrepresent themselves. Xu says she requires documents like divorce certificates and official IDs, as well as video testimonials.

Though she has younger clients, Xu focuses on what she said are underserved demographics—older love-seekers and rural residents. “They often don’t even know how to use a dating app,” she says.

Whatever the prospects for China’s mainstream dating apps, demographic trends are working in Xu’s favor, as China ages at a breathtaking pace. By 2050, the country will have more people over 65 than the entire U.S. population, according to the Ministry of Human Resources and Social Security.

Meanwhile, Xu gets personal gratification from her chosen profession. “After all, I met my husband online,” she says.