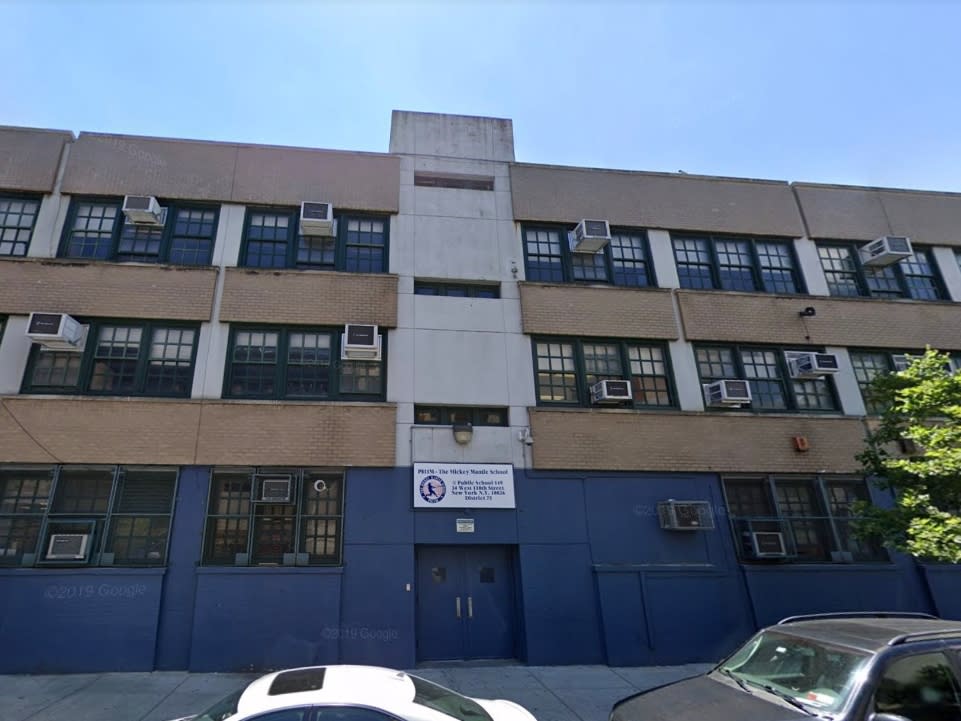 HARLEM, NY — A school building in Central Harlem was shut down Monday after reporting multiple coronavirus cases, becoming the latest neighborhood building to be closed temporarily.

The P.S. 149/M811 building on Malcolm X Boulevard between 117th and 118th streets reported its first positive case on Nov. 6 in a classroom within P.S. 149 Sojourner Truth, one of several schools housed in the complex. That classroom will be closed through Nov. 19, according to the DOE’s map of active cases.

At least one more case was confirmed Saturday in a classroom belonging to the P.S. M811 Mickey Mantle School, followed by another case in a different Mickey Mantle classroom confirmed on Monday. That triggered an automatic closure of the school building.

The DOE’s safety protocols force school buildings to close pending an investigation when cases are confirmed in separate classrooms within a week of each other. Buildings must stay closed for a full two weeks if a link between the positive cases cannot be determined.

One other Harlem school building remained closed Monday due to coronavirus cases: P.S. 112 in East Harlem, which closed on Thursday and will remain shuttered for about two weeks. Twelve other Harlem schools have classrooms closed due to a confirmed case, but their buildings remain open.

As of Sunday evening, 20 schools around the city were closed for 24 hours due to positive tests.

A citywide resurgence in coronavirus cases is threatening to shutter the city’s school system. As of Monday, New York’s 7-day positivity rate stood at 2.57 percent, inching closer to the 3 percent threshold that would automatically close schools.

This article originally appeared on the Harlem Patch