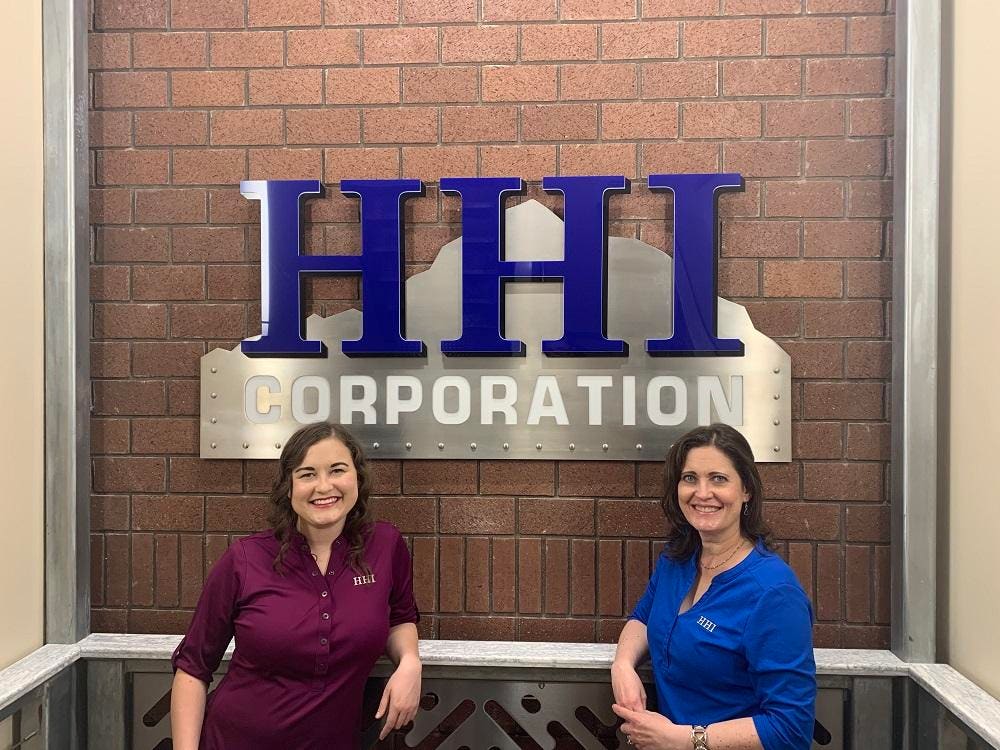 Regina Hokanson decided a long time ago that nothing would stop her from working in an industry she loves. So, when the opportunity came to take over the family’s construction business in 2011, Hokanson jumped at the chance.

HHI Corporation is an integrated construction, engineering, and manufacturing firm in Ogden, Utah. Typically, you would expect someone running such a firm would have an engineering background. Not Regina. Having a bachelor’s degree in psychology turned out to be an asset for Hokanson in leading a technical organization.

Navigating her business through growth and change, she’s relied on her educational background and her ability to communicate clearly and use critical thinking to solve problems on the fly. But it’s also learning from other women entrepreneurs and strong leaders along the way. Hokanson credits her role models: “I had a leg up because of other women who supported me before, like my mother-in-law.”

Since buying the firm, HHI has more than tripled the number of employees from 44 to roughly 150 now. They employ about 50% more than the U.S. national average of women in construction.

One of those female employees is Hokanson’s daughter Ashkeya, who is HHI’s marketing manager. Ashkeya said her mom inspires her every day and “never allowed me to play dumb” when she was growing up. Engineering has always intrigued her, so Ashkeya’s eighth-grade teacher encouraged her to participate in the Science Olympiad and other STEM activities offered. Her mother also encouraged her to go after her dreams, which included her taking engineering courses in high school.

“I remember the first day of class in digital electronics, I was one of two females and ready to drop out because I was so scared,’’ Ashkeya recalled. But her mother said not to let fear control her destiny.

That wasn’t always easy. Ashkeya, who has two bachelor’s degrees in business administration and marketing from Utah State University, found some barriers along the way.

In college, she joined a sales club and attended several competitions. Ashkeya said she felt that she was expected to give a “male response” when pitching products during the competitions. However, as a woman in business, Ashkeya realized that she had a unique point of view and wanted to be true to who she was, so she “came at it with something different than the typical response.”

Ashkeya credits her female mentors for teaching her how to put her own spin on pitching products.

“Instead of the strong-arm approach, they showed me through their actions and their coaching that the fact that I am a woman makes me indispensable because my perspective is distinctive,’’ she said. “Diversity isn’t something to be feared, but rather, embraced.”

Today, Ashkeya leads by her mom’s example. “As a woman in the construction industry, I don’t feel intimidated by the fact that it’s male dominated because my mom has done it and, if she can do it, I can. She’s my role model.”

It helped that her mom had found success in the workplace early in her career. Prior to joining HHI, Regina worked in the credit card industry and in healthcare, working with medical records. She was fortunate because she always felt her knowledge and skills were valued. But Regina realizes this isn’t always the case.

That’s why she believes women too often create their own barriers by saying things like, “I can’t do that” or “That’s not for me, I won’t be successful.” Instead, women need to shift their thinking to recognize their value. In fact, women in STEM were recently recognized for valuable contributions they have made to science. Two female scientists were awarded the Nobel Prize in chemistry for the development of a method for genome editing.

Giving back to support frontline workers

“We have a strong biological and chemical containment background,’’ said Regina. “We got ahead of [COVID-19] and created a containment environment that would preserve the health of the community in which it was housed.”

HHI designed and manufactured the prototype MTU and invited the non-profit Global Surgical Medical and Support Group to review it. Because GSMSG had ties to Jackson Memorial Hospital in Miami, HHI ultimately donated and delivered the $2.5 million unit to the hospital over the summer, free of charge.

“It was the right thing to do,’’ Regina said.

Advice to other women in business

Both women believe there is a lot to learn from working in a traditionally male-dominated industry. For Regina, it is important to live your passion. “Don’t let anyone tell you that you can’t do something,” she said. “You can’t let fear overwhelm you.”

“For many women who enjoy problem solving and making things, this can mean embracing science, technology, engineering and mathematics (STEM) fields,” Regina said. “Even though many women are not encouraged to enter STEM fields, they are as capable as anyone for these careers,” she stressed. “And they provide strong middle-class incomes that can give women the financial freedom to call their own shots.”

“You don’t benefit anyone by playing small,” she said. “You have a voice, and you have fantastic capabilities and talents. Make sure you utilize them, because you never know who you can impact if you don’t take a chance on yourself. You matter. Don’t forget it.”