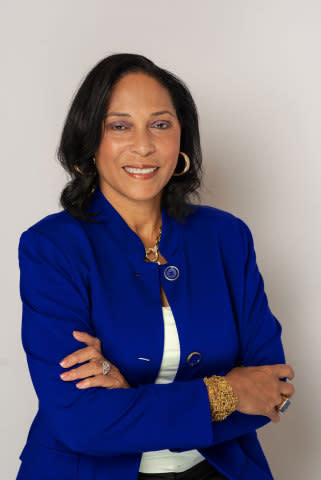 Ms. Singh has 38 years of corporate, military and local government experience and is CEO of Kaleidoscope Affect, LLC, a consulting and strategic advisory firm in Bowie, Md.

Howard Bank, a community-focused commercial bank serving businesses, professionals and individuals in the Greater Baltimore area as well as select contiguous geographies, announced today that it has elected business executive and distinguished military leader Linda L. Singh to its board of directors. Ms. Singh will also serve as a director of the company’s subsidiary, Howard Bank.

Ms. Singh has 38 years of corporate, military and local government experience, including her distinguished service as Adjutant General and Secretary of the Maryland Military Department. She also is the founder and CEO of Kaleidoscope Affect, LLC, a consulting and strategic advisory firm in Bowie, Md., and serves on Gov. Larry Hogan’s Advisory Team for COVID-19.

“Linda is a uniquely experienced professional, a proven, dynamic leader, and we are thrilled to name her as a director to our board,” said Mary Ann Scully, Chairman and CEO of Howard Bank. “She is an incredibly talented individual with a span of achievements encompassing so many facets of business, government and military. She is highly respected not only throughout the state of Maryland but around the country and the world.”

“She will be an incredible asset to the bank as we continue to expand our footprint in the region,” he said.

Ms. Singh said, “Joining the Howard Bank team allows me to continue to make a difference in the lives of others. The bank has an impeccable reputation, a strong management team and is making a positive impact serving the needs of small and mid-sized businesses. Being able to align my passion for service, joining a team that is focused on the community and making a lasting impact seemed like a natural next step in my journey.”

Ms. Singh’s experience spans the worlds of business, government and the military. In 2014, she founded Kaleidoscope Affect, which works with companies in defense, federal, state and local government and private industry in the areas of leadership, innovation and technology. Last January she was named Leader in Residence at Towson University where she works directly with the President and Provost to design, develop and implement an inaugural leadership program that focuses on bringing together faculty, students, and industry to impact social change.

In January 2020, she was named interim Executive Director and CEO of TEDCO – the Maryland Technology Development Corp. – and served in the position for nine months until a permanent CEO was installed.

Ms. Singh, who retired from military service in 2019, enlisted in the Army National Guard and Army Reserves in 1981. Attaining the rank of Major General, Ms. Singh was named as the 29th Adjutant General of Maryland and served in that position from January 2015 to August 2019. She is the first woman and first African American to hold the command.

As Adjutant General, Ms. Singh was responsible for the daily operations of the Maryland Military Department, which includes the Maryland Army National Guard, Maryland Air National Guard, Maryland Emergency Management Agency, and Maryland Defense Force. She also was the senior advisor to the governor and was responsible for the daily operations, readiness, administration, and training of more than 6,700 members of the Military Department with an annual budget of more than $314 million.

She also served as the senior military officer in the state and was the federal liaison between the governor and the National Guard Bureau. She also was the advisor for senior level officials at ministerial and ambassador levels in Estonia and Bosnia-Herzegovina developing country strategies in support of strengthening coalitions under the Department of Defense State Partnership Program.

Over her military career, Ms. Singh has served in staff and command assignments at all levels, including deployment in Kosovo and a combat tour in Afghanistan supporting Operation Enduring Freedom. Ms. Singh has been recognized for her military service receiving the Legion of Merit and the Bronze Star Medal among other commendations.

In addition to her military career, Ms. Singh was a Managing Director for more than 20 years at Accenture, a leading global management consulting and professional services firm. Upon retirement, she headed the firm’s Health and Public Service Operating Unit with $3.4 billion in revenue and a global team.

In 2014, Ms. Singh received The Network Journal 25 Influential Black Women in Business award. A year later, she was inducted into the Maryland Women’s Hall of Fame and the same year received the Ellis Island Medal of Honor. In 2019, Ms. Singh was named one of InStyle’s Badass 50. Ms. Singh has also written two books, Moments of Choice: My Path to Leadership and What’s In Your Box?

In 2019, Ms. Singh graduated with a Ph.D. in Industrial and Organization Psychology from Capella University. She is also a graduate of the U.S. Army Command and General Staff College and the U.S. Army War College where she received a master’s degree in Strategic Studies. She holds a bachelor’s degree in Business Administration from Columbia Union College, a master’s degree in Business Administration, Military Management from Touro University International, and a master’s certificate in Six Sigma from Villanova University. She is also a graduate of the United States Northern Command Joint Task Force Commander’s course and is a fellow from the International Women’s Leadership Program at Harvard University/INSEAD.

Ms. Singh grew up in Frederick County and is a Prince George’s County resident. She serves on the boards of non-profits that include Easterseals DC MD VA and Headstrong, an organization that offers mental healthcare treatment to military veterans and their families.