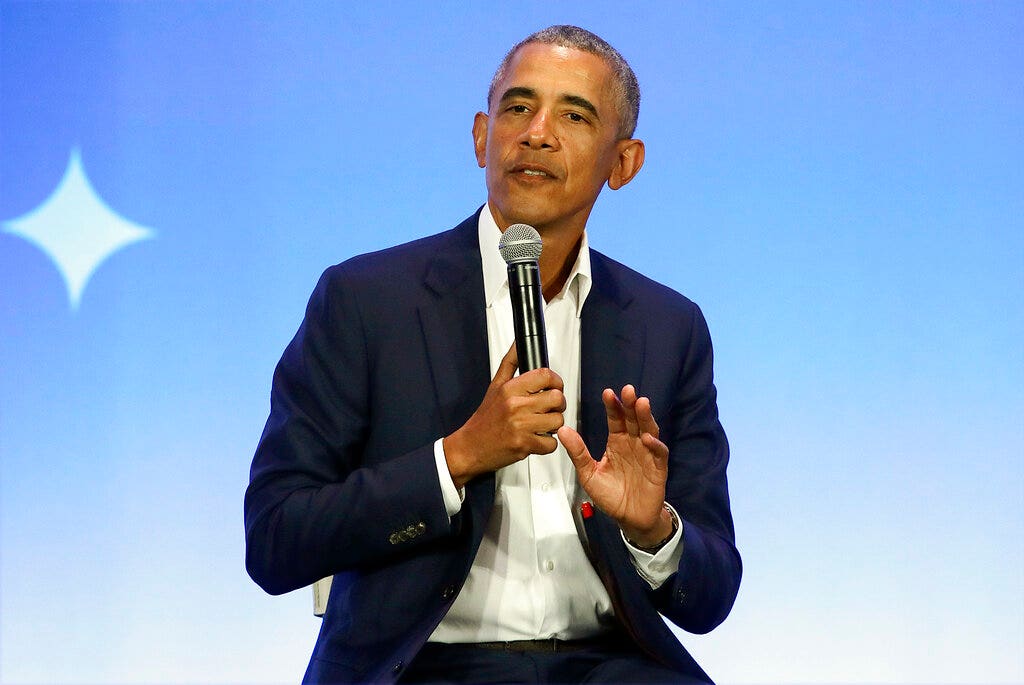 Former President Barack Obama, in his latest memoir, criticized Americans for liking “cheap gas and big cars” more than they care about “the environment” – even during a catastrophic event like the 2010 Deepwater Horizon oil spill.

The comments came during a section in Obama’s 700-page book, “A Promised Land,” released earlier this month.

On page 570, the former commander in chief recounts a press conference he gave more than a month into the oil spill – now considered one of the largest in history – saying his comments did not adequately express the frustration he truly felt.

“Reading the transcript now, a decade later, I’m struck by how calm and cogent I sound,” Obama writes in his book. “Maybe I’m surprised because the transcript doesn’t register what I remember feeling at the time or come close to capturing what I really wanted to say before the assembled White House press corps.”

What he really wanted to say was that government regulatory agencies were not fully equipped to address an environmental accident because many American voters for decades had “bought into the idea that government was the problem and that business always knew better, and had elected leaders who made it their mission to gut environmental regulations, starve agency budgets, denigrate civil servants, and allow industrial polluters to do whatever the hell they wanted to do.”

He then chastised Americans for not being willing to foot the bill for technology to “quickly plug the hole because it would be expensive to have such technology on hand, and we Americans didn’t like paying higher taxes—especially when it was to prepare for problems that hadn’t happened yet.”

The only way to truly prevent another catastrophe, like the 2010 Deepwater Horizon oil spill, Obama says, “was to stop drilling entirely.”

“But that wasn’t going to happen because at the end of the day we Americans loved our cheap gas and big cars more than we cared about the environment, except when a complete disaster was staring us in the face,” he writes.

The explosion of the Deepwater Horizon oil rig in April 2010 killed 11 people and injured 17 others. For nearly three months, more than 200 million gallons of crude oil gushed into the Gulf of Mexico, polluting 16,000 miles of coastline in the southern U.S. and killing 8,000 animals.

New research published earlier this year in the journal Science Advances, showed that toxic and invisible oil spread well beyond the initial footprint of the Deepwater Horizon oil spill.

Verizon Stock Is ‘Simply Too Cheap’ Not to Buy, Analyst Says 3 min read