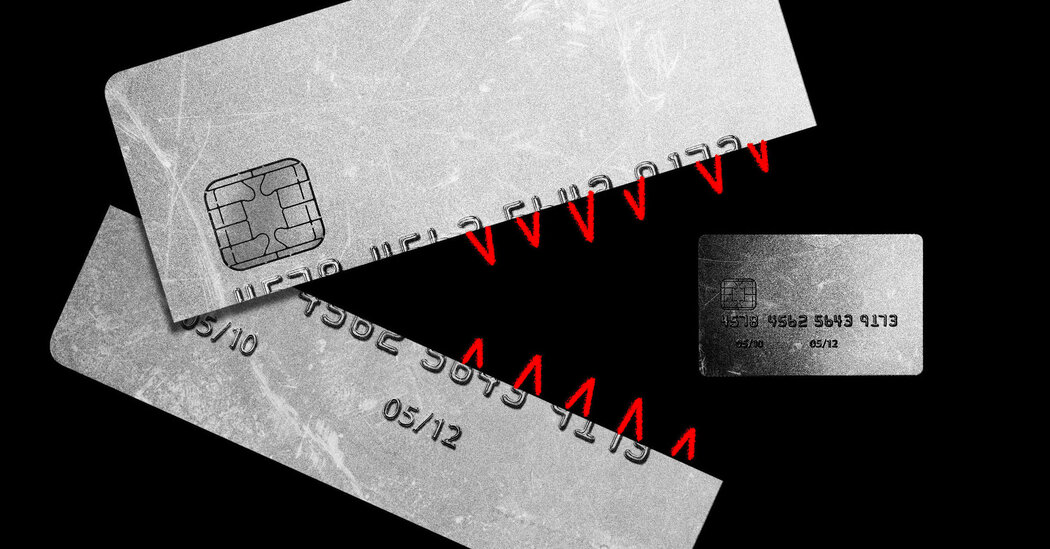 Visa dominates the lucrative business of processing debit card transactions. Merchants must choose between paying the financial services company’s fees or foregoing sales to the millions of Americans who carry cards emblazoned with Visa’s logo.

A San Francisco technology start-up named Plaid threatened that dominance. The company planned to debut a rival service next year that would charge half as much as Visa.

So Visa did what big American companies have learned to do: It agreed to buy the smaller company, pledging a king’s ransom to eliminate the threat of competition.

Last month, the Justice Department sued to block the deal as a violation of antitrust law. The intervention is necessary to protect the interests of merchants and consumers, and the health of the broader economy. The federal government has been far too permissive in allowing large companies to swallow potential rivals, particularly in the rapidly evolving technology sector.

The Justice Department has destroyed its credibility over the past four years by prioritizing President Trump’s interests over the national interest. Antitrust enforcement is no exception. The department has pursued cases against the president’s enemies, notably investigating an agreement among four auto companies to voluntarily reduce emissions, and it has declined to pursue cases against the president’s friends, allowing T-Mobile to acquire Sprint. But in pursuing the case against Visa, the department is ending the Trump era on a relatively high note, setting an example the Biden administration ought to emulate.

Debit cards, which have soared in popularity in recent decades, allow customers to make purchases by authorizing withdrawals from their bank accounts. Visa operates a system that connects the buyer’s bank and the merchant’s bank. For this service, the merchant pays a fee to Visa and to the bank that issued the card. Other companies offer a similar service, but Visa is the dominant player. It processed about 70 percent of the online debit transactions in the United States last year, a business that produced about $2 billion in profits.

Plaid is not one of Visa’s competitors — yet. The start-up provides the plumbing that lets apps like Venmo, a cash transfer service, or Robinhood, a stock trading platform, access users’ bank accounts. Visa’s dominance rests on its exclusive relationships with the banks that issue debit cards, but Plaid now has relationships with most of the same banks.

Last year, Visa made a small, exploratory investment in Plaid. A few months later, according to the government’s complaint, one of Plaid’s co-founders called Visa to say that the company was for sale, and the price was about $5 billion. Why would Visa pay so much for a company with revenues of $100 million last year? According to the government’s complaint, Plaid made clear that it was planning to get into Visa’s business. The smaller company told Visa that it was preparing to launch a new system for processing online debit payments, with fees of about 50 percent of Visa’s.

One Visa executive described Plaid’s potential as a “volcano” with “just the tip showing above the water,” according to the complaint. Visa estimated it could lose a quarter of its online debit business by 2024. The company’s chief executive said buying Plaid was an “insurance policy.” He told investors, “we must always do what it takes to protect this business.”

Visa says that it’s paying for Plaid’s current business, which is growing fast, that the government’s complaint takes quotes and facts out of context and that it’s ridiculous to portray Plaid as a dangerous rival when it hasn’t even introduced a rival product. “Visa’s business faces intense competition from a variety of players — but Plaid is not one of them,” the company said in a statement.

Both Plaid’s investors and Visa’s investors stand to benefit from the proposed deal. Visa is willing to pay $5.3 billion because it stands to lose even more money if Plaid emerges as a viable competitor. Plaid, in turn, might eventually be able to earn more than $5.3 billion, but that would take time and effort. Its investors have decided they’d rather get paid upfront.

The problem is that everyone else loses. Visa’s profits come directly from merchants who accept its debit cards, and indirectly from the customers who use debit cards. The Justice Department estimates merchants must pay 39 cents to accept a $60 payment from a Visa debit card. Some portion of that fee is passed on to customers in the form of higher prices.

Visa, of course, could embrace the new technology and cut its prices. But research shows that corporate concentration generally slows the pace of innovation, for the obvious reason that companies don’t try as hard when they aren’t living in fear of competition. As the economist John Hicks observed in 1935, “The best of all monopoly profits is a quiet life.”

The International Monetary Fund estimated last year that increased corporate concentration since 2000 had dampened investment sufficiently to reduce economic output by 1 percent in the average advanced economy. It said more concentration could increase the damage.

Concentration can even be bad for the workers at dominant companies: It holds down wages by limiting the number of rivals that might pay for the worker’s expertise.

A handful of technology companies have emerged as the Goliaths of the online economy.

The big companies, and their defenders in Washington, argue that they still operate under the discipline of market forces. Google, for example, is fond of declaring that if someone should succeed in making a better search engine, customers are free to use it. But the technology companies, in particular, have learned to prevent competition by snapping up nascent rivals. In addition to the name-brand mergers, like Google’s acquisition of YouTube or Facebook’s purchases of Instagram and WhatsApp, the big tech companies have purchased dozens of small companies that might have grown into viable competitors. In October, an investigation by the House Judiciary Committee concluded that Facebook, in particular, had pursued an “acquire, copy, or kill” strategy for dealing with potential competitors.

In the Visa case, the government is drawing an important line in the sand by arguing that Visa should not be allowed to acquire a potential rival. Before the evisceration of antitrust enforcement in the 1980s, this was widely accepted as a valid reason for blocking a merger.

It is time to restore that principle as part a broader reinvigoration of antitrust enforcement.