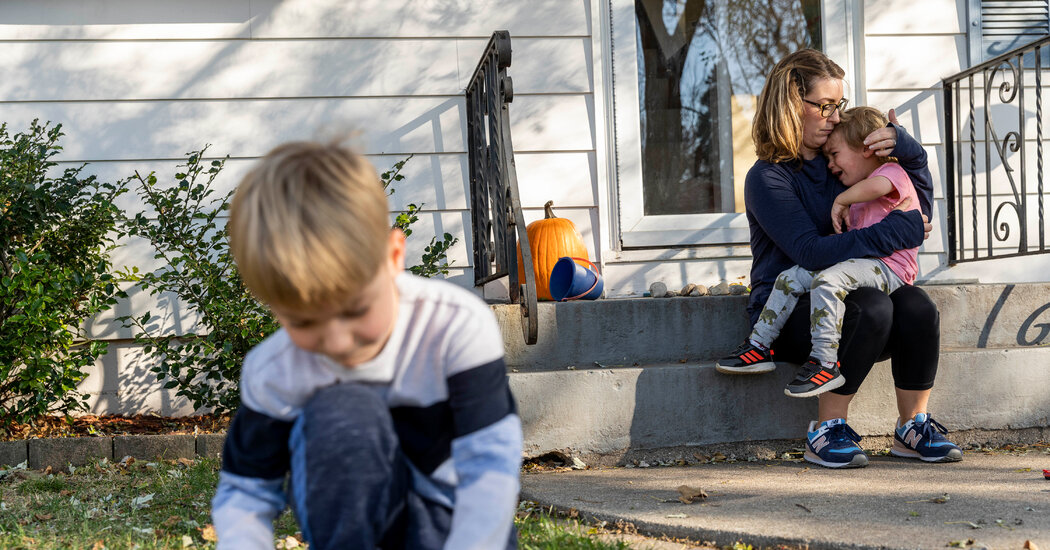 Only during World War II, when women were urgently needed in factories and offices to replace men who were in the military, did the government establish a far-reaching federally subsidized network of nurseries and child care centers in nearly every state. Once the war ended, so did the support.

“You cannot have a contented mother working in a war factory if she is worrying about her children, and you cannot have children running wild in the streets without a bad effect on the coming generations,” Senator Carl Hayden, an Arizona Democrat, testified in 1943.

Women make up roughly half of the country’s work force. They range from entry-level to professional, they live in urban, suburban and rural areas, and they often care for toddlers and teenagers. But the burdens of the pandemic-induced recession have fallen most heavily on low-income and minority women and single mothers.

Members of these overlapping groups often have the most unpredictable schedules, and the fewest benefits, and are least able to afford child care. They fill most of the essential jobs that cannot be done from home and, therefore, carry the most risk for exposure to the virus. At the same time, they make up a disproportionate share of the service industries that have lost the most jobs. The jobless rate is 9.2 percent for Black women and 9 percent for Hispanic women.

When the pandemic caused housecleaning jobs to dry up, Andrea Poe was able to find cleaning work at a resort in Orange Beach, Ala., about a 45-minute drive from Pensacola, Fla., where she and her 14-year-old daughter, Cheyenne Poe, had moved in with an older daughter, her fiancé and their five children.

The families were behind in the rent and threatened with eviction when Hurricane Sally ripped through the coast in September. To escape the floods, they piled into two cars, drove to Biloxi, Miss., and spent five nights in a Walmart parking lot.

Now Ms. Poe and Cheyenne, now 15, are in Peoria, Ariz., living in a room in her mother’s trailer.

She said she was applying for jobs every day, so far without luck. And the bills keep coming. Ms. Poe has missed two consecutive loan payments on her car and worries that it will be repossessed.