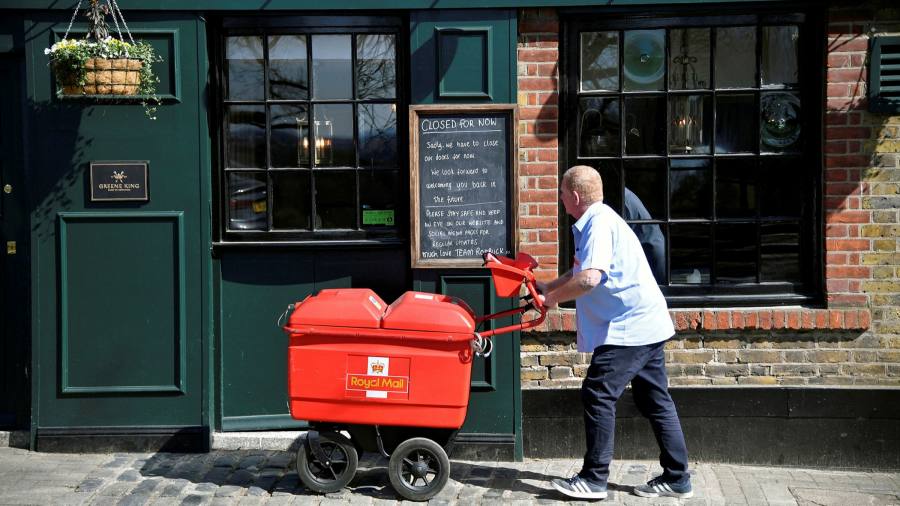 Royal Mail announced increased revenue forecasts on Thursday as the boom in online shopping during the coronavirus crisis boosted business.

Shares jumped 8 per cent to 308.30p by mid-morning in London trade as turnover in parcels exceeded letters for the first time due to the surge in ecommerce. Shares have risen more than 30 per cent this year.

However, Royal Mail is facing significant costs because of the pandemic for protective equipment, overtime and agency staff, as well as having to deal with social distancing measures and management restructuring costs.

“It remains difficult to give precise guidance but parcel growth is expected to remain robust in Q3, with more uncertainty over trends in Q4 due to the development of the Covid-19 pandemic, further recessionary impacts and trends in international volumes,” said Keith Williams, interim executive chairman.

Revenue is expected to be £380m to £580m higher year on year on the strength of parcel volumes and its main UK operation could break even if it hit the top end of the projection.

Parcel delivery now accounts for 60 per cent of total turnover compared with 47 per cent in the same period last year.

GLS, Royal Mail’s overseas parcels subsidiary, reported an increase in revenue of 21.7 per cent as it was boosted by a better than expected performance in France, Spain and the US.

But the group’s duty to deliver mail six days a week was creating a drag on profits, said Mr Williams.

The Universal Service Obligation business reported an adjusted operating loss of £180m in the six months to September, emphasising the decline in letters.

In 2013, postal workers delivered about 900 letters a day per route, Mr Williams added, but that figure had fallen to about 400 during the pandemic. 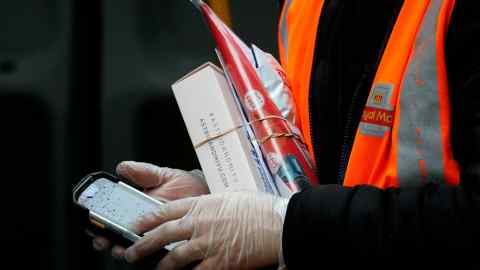 Mr Williams added that talks with the Communication Workers Union had “intensified over the past weeks”. The 500-year-old postal service has hinted it may drop Saturday letter rounds, which is likely to face resistance from union leaders worried about the impact on jobs.

The group said it was “working hard to deliver Christmas”, recruiting about 33,000 additional flexible workers in Royal Mail over the peak season. Last year, about 20,000 extra workers were hired in the run-up to the holiday period.

Last month, Royal Mail began collecting parcels from doorsteps across the UK, with customers able to hand over items to postmen and women on their rounds or leave their packages in a “safe place” from Monday to Saturday for a small fee online.