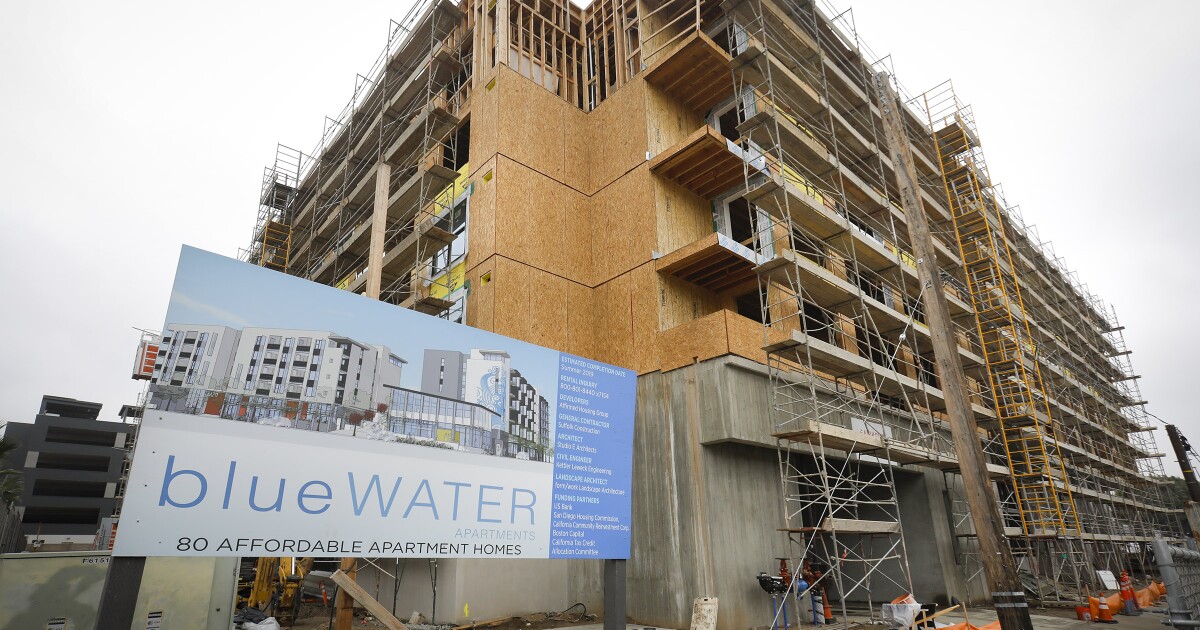 San Diego officials on Monday will consider significantly changing how and where the city adds new parks and a related proposal to create new incentives for developers to build self-sufficient housing communities near public transit.

Called “complete communities,” the bold and comprehensive plan has generated controversy since city officials first unveiled it more than two years ago.

City officials describe the proposal as “a multifaceted initiative aimed to facilitate equitable, healthy and sustainable neighborhoods across housing, mobility, parks and infrastructure in San Diego.”

The goal is to get developers to help build a “complete community,” instead of just building a housing project with no amenities around it to support the residents and boost nearby areas.

To achieve that goal, developers would be allowed to build housing projects with more units in them, if they agree to pay for nearby amenities.

Neighborhood leaders across San Diego have raised concerns about many aspects of the plan, but they have focused on a proposal to use parks money generated in suburban areas to build parks in low-income, urban areas.

Goals of that policy include boosting equity in San Diego, where many low-income communities lack adequate parks, and accelerating park construction by eliminating a mandate that parks money provided by developers gets spent near the project the developer built.

The city has roughly $400 million stranded in about 50 parks construction accounts, because the money can only be spent in the neighborhood where the developer who provided the money built a housing or commercial project.

At least 50 percent of the money would have to be spent in low-income “communities of concern.”

City officials also said in recent interviews that they have made several adjustments to the proposal this fall in response to community feedback.

The proposal has been endorsed by the San Diego Planning Commission and the City Council’s Land Use and Housing Committee. The City Council is scheduled to approve it on Monday.

The new incentive aiming to spur construction of more low-income housing near transit would be the largest developer incentive for such housing the city has ever approved, officials said.

Among recent changes to the proposal are safeguards against gentrification of low-income areas, and a requirement that city officials closely monitor the impact of the overall proposal so they can amend it if it leads to overbuilding.

Officials have also adjusted the criteria the city will consider when approving parks, such as whether the park will have a shade and an adequate tree canopy.

To prevent gentrification, the proposal includes a measure that would prevent upscale new development from displacing existing residents.

In some cases, developers would also be required to analyze the incomes of nearby residents and agree to rent restrictions.

Another criticism of the proposal is the lifting of building height limits in some circumstances.

Officials said that would only be allowed in transit areas where high-density projects are being encouraged, and particularly tall buildings won’t be allowed directly adjacent to single-family neighborhoods.

San Diego’s goal is having dense projects built near transit and existing infrastructure, to help reduce the congestion that comes with sprawl and to help the city meet the greenhouse gas reduction goals of its climate action plan.

The complete communities proposal also incorporates new state laws, including legislation that requires traffic evaluations of proposed developments to be based on how many miles typical residents will have to travel by car to work.

Before the new law, SB 743, housing projects were evaluated by the impact they would have on nearby traffic congestion. The city proposal makes it easier for developers to comply with the new law, officials said.

While the parks component of the new law would be binding citywide, the housing and mobility components are only incentives that developers can choose to embrace or reject.

Mayor-elect Todd Gloria said Friday he supports the goals of the complete communities proposal, but he has some concerns about the changes to height limits and some other elements.

Gloria said that if the council approves the proposal Monday, he and the new City Council could eventually repeal or adjust parts of it in the future if problems arise.

Monday’s council meeting is scheduled to start at 11 a.m. It can be livestreamed on the city’s website, sandiego.org.