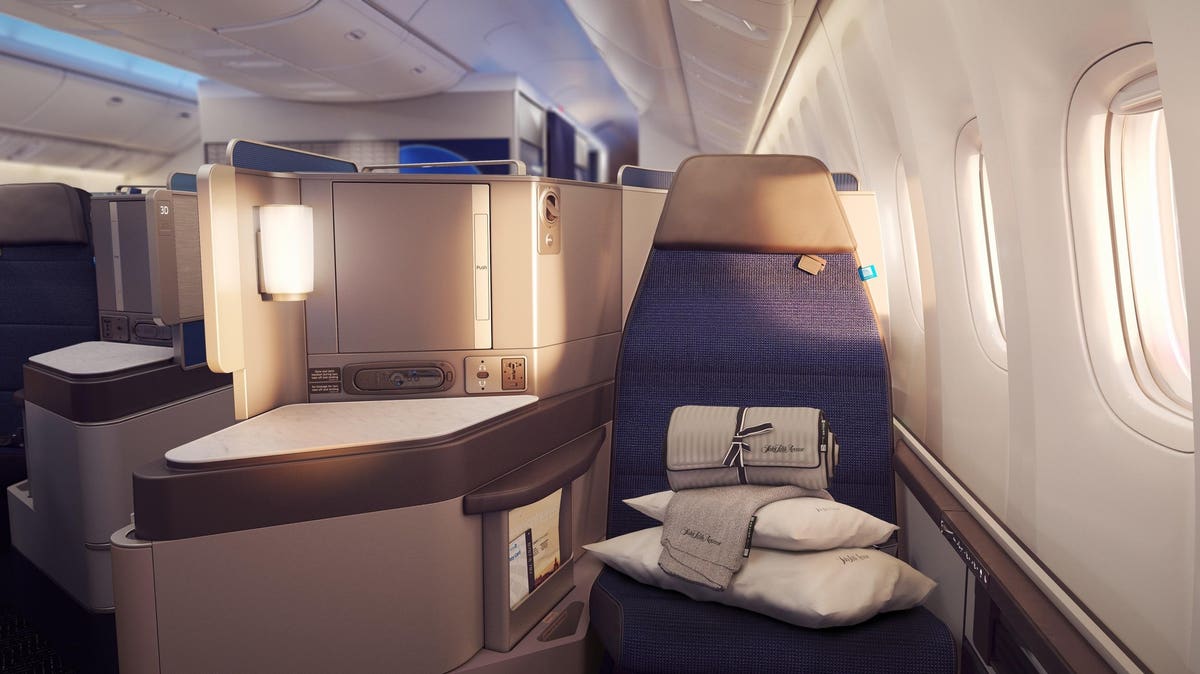 Last week we got the news that United Airlines will be returning to New York’s JFK Airport for the first time since it left completely back in 2015. At the time the United leadership thought it would be better to consolidate in their fortress at Newark. But it seems as if they’ve decided that deserting JFK was a mistake, and as of February next year it will be possible to fly United to Kennedy once again, with twice-daily service to Los Angeles and San Francisco.

It might seem a strange time to make a big move like this. With the pandemic raging stronger than ever in the US, it does carry some risk. And yet the US domestic market has proven to be fairly resilient this year. While international flights are empty, domestic flights are often full. And premium-heavy airports like JFK still attract passengers willing to pay more for better services on important routes like transcontinental flights to the west coast. And that’s where United is planning to step in.

What’s interesting here is that United is planning to place its 767-300ERs on these routes. And these aren’t just any old 767s. Rather they’re the 767s that United ambitiously fitted with 46 of their latest and greatest Polaris business class seats and a big premium economy cabin as well. The aim was to place them on lucrative international routes such as Newark to London where it wasn’t difficult to sell out the business cabin and presumably make a lot of money doing so. Nowadays, that transatlantic demand has dried up and many of the carrier’s 767s are in temporary storage. So United is finding creative ways to try and make money with this very premium-heavy plane, and it may very well pay off in this case.

I took a Newark to London flight on one of these planes just before the aviation world fell apart, in February. It turned out to be a very good product, living up to much of the hype and positive reviews. That’s especially true of the seat, which is private and comfortable. Everyone has direct aisle access and should feel sufficiently cut off from their neighbors even on a full flight. (My detailed look at the product can be found here.) A near-perfect seat for a time when passengers may be nervous about virus transmission, in fact. And for that reason, this product may be making the many competitors on the lucrative transcontinental routes a little nervous.

A look at the competition

Four airlines will be competing for business on a given JFK to LAX flight once United joins the party, and to SFO there are five carriers going head to head. So let’s take a quick look at how the competition stacks up.

Many would argue that jetBlue currently has the finest offering on coast-to-coast flights with their Mint business class product. Lie-flat seats – including some that are solo “suites” of sorts with no neighbor – go together with a very nice food and drink service and often reasonable prices if booking in advance. It does indeed look and sound excellent. Though as it’s on smaller A320 family single-aisle airplanes, some might miss the spaciousness of larger aircraft on these long runs to the west coast that can be as long as 7 hours with a headwind. In economy jetBlue does a nice job, but 3-by-3 seating isn’t great for being able to get up and move around on a long flight.

Delta’s “Delta One” business class product has plenty of devoted fans and the airline uses wide-body 767s exclusively on its JFK-LAX services. That being said, the business class seat on these planes is an older version, widely regarded as inferior to those found on many of its other planes. It is relatively narrow and lacks some of the amenities of the newest seat designs. Still, it is lie-flat and everyone gets direct aisle access. In economy the 767 is very comfortable thanks to its 2-3-2 seating layout, meaning many passengers have aisle seats and couples can travel together without being joined by a stranger.

To San Francisco, meanwhile, Delta uses single-aisle 757s. The business class seats here are lie-flat but in a 2-2 configuration without direct aisle access for window seats.

American Airlines has traditionally run a dedicated fleet of single-aisle Airbus A321s on JFK to LAX and SFO flights. These have relatively few seats in total and many of them are upgraded seats, with a large proportion of “main cabin extra” seats with added legroom in economy, a business class cabin in a 2-2 layout, and a first class arranged 1-1.

No one else is offering a true “first class” on this route. Clearly in a comparison this first class product would stand near the top, but it does tend to be more expensive. Comparing the business class, which is more closely equivalent to others here, it is very middle-of-the-road. Those seats are more or less the same as Delta’s 757 seats, without direct aisle access for those at the window. And though it can vary and some aspects are subjective, it’s a good bet that onboard service levels and customer service will be inferior to Delta and jetBlue.

Note that these days AA has switched things up and is runnning internationally configured 777s on some of these routes. This is likely temporary, but if there’s a 777 available at a good price, that’s a very nice seat in business class. See this recent article for more on that.

Alaska Airlines gets a mention here because it serves the JFK to San Francisco route, a holdover from its acquisition of Virgin America. That’s flown by a standard domestic-configured single-aisle plane though, so the business class (a.k.a. first class, confusingly) is a clear downgrade from all the other offerings here. Alaska is a very good airline, but if prices are similar, this one is best avoided. However if the price is especially low it could be a perfectly fine way to cross the country.

As far as the so-called “hard product” goes – meaning the seat itself – United will have the superior product on flights between JFK and the west coast. JetBlue’s solo Mint seats might come close, but the United 767 comes with the added benefit of a more spacious cabin overall as it’s a bigger plane. In addition, whatever seat you get on United will be a solo pod of sorts, whereas on jetBlue you need to be sure to pick the right one in order not to have a seat neighbor.

On the service side, we’ll have to see. The likelihood is that jetBlue will offer the more innovative and attractive product on this front. The airline has simply shown itself to be better at doing this than the “legacy” airlines in the US. It wins high marks in general for friendly and attentive service as well.

So the final verdict may well depend on which aspect is more important to a given passenger. However all else being equal, United is going to have a very strong offering here. Here’s hoping this new injection of competition will drive prices down so that we can all give them a try.