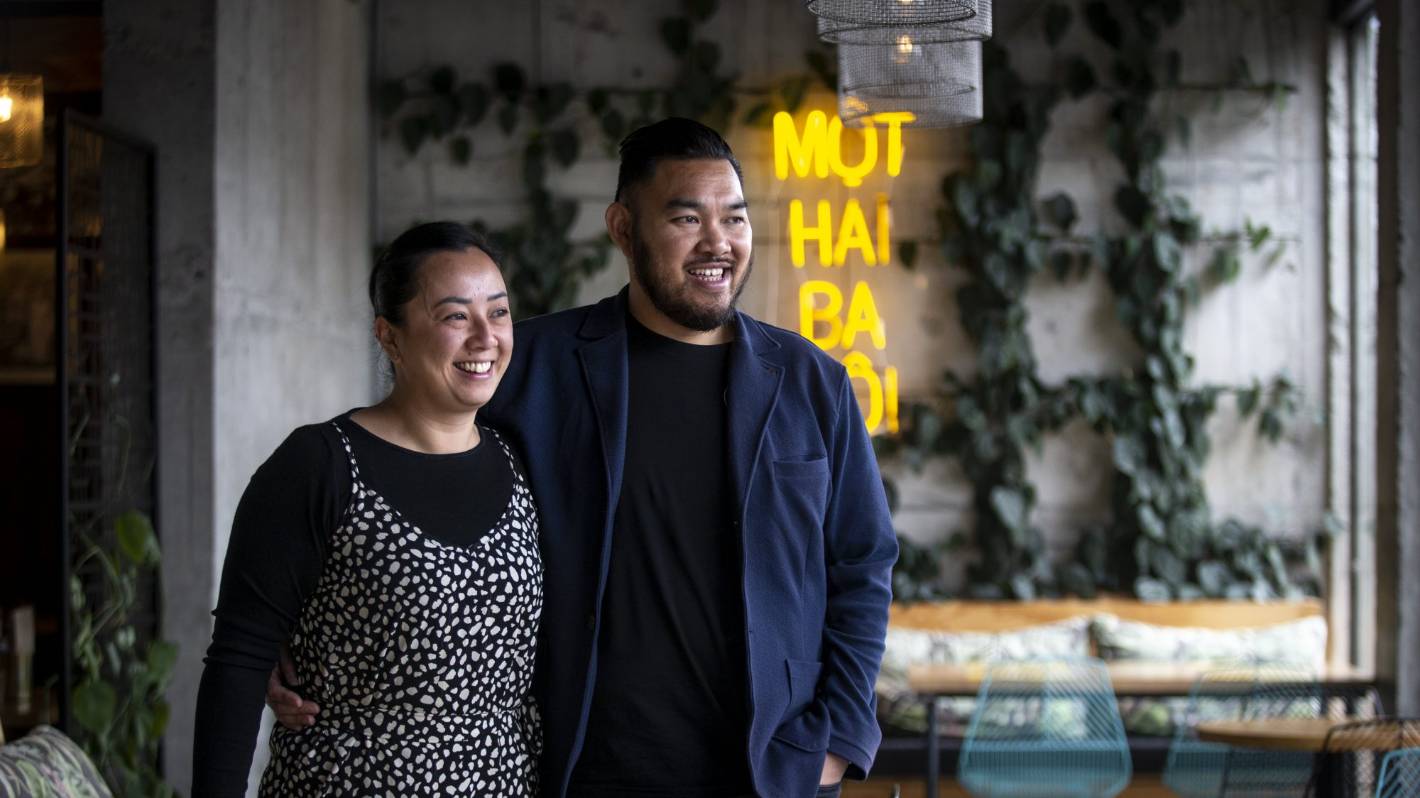 Eight months since New Zealand ground to a halt during the coronavirus lockdown, the effects of the virus are still being keenly felt.

In the second installment of Stuff’s Covid Diaries, reporters revisit five New Zealanders to see how they are managing the impact of Covid-19.

There’s a skilled chef in the Banh Mi kitchen whose visa is about to expire.

Getting it renewed in the time of Covid is proving a lengthy and uncertain process, the owners of the Hamilton restaurant say – and they’re not alone.

“I have to go through this three-month process, in which he could possibly stand down in the kitchen, and I’ve got nobody for three months until I hear back from Immigration,” Anh Chaimontree said.

“We’re a Vietnamese eatery, so it’s quite specific in terms of what we offer. So it’s finding those chefs who have that skill set.”

She’s looked for a Kiwi and says Banh Mi’s crew would be happy to mentor them.

“However, we never get those Kiwi chefs applying.”

Those problems highlight where Anh and husband Pat would love support from the new Government: immigration and training.

The main reason the Chaimontrees didn’t follow party promises in the election too closely was because they’ve had to focus on their business.

“We have to adapt, and we have to work harder for the same dollar,” Pat said. “Not saying before it was easy to come by, but we could sort of plan. But now we plan so much more to get the same dollar.”

It would help if businesses with immigration issues got more support from, and dialogue with the Government department, Anh said.

The post-Covid situation changes regularly and it was hard to keep up with, on top of a regular job.

She knows Auckland eateries with similar problems, and a Tauranga restaurant that can’t get a head chef and may have to close.

The industry would also like some sort of agreement.

“The migrant workers who are already here, already in a job and cannot go home due to Covid, can we not just extend their visas to carry on working?”

Some Banh Mi staffers have returned to Vietnam since Covid, and it was manageable to work with a smaller team during the lockdown period.

Yet when the Chaimontrees advertised for two part-time positions in mid-September, after talk of high unemployment, they were surprised.

There were just four applications for a front of house position and none for a junior chef.

Kiwis don’t see hospitality as a career option, Anh said. The hours are unsociable, and there’s higher pay in other areas.

So the Chaimontrees would like more training support, and incentives to keep newcomers in the job.

The hospo community would also like its own minister, as the Chaimontrees say the industry risks collapse if it can’t get workers.

There’s talk of another minimum wage increase in April, and businesses are wondering if they should adjust prices to account for that.

Anh’s keeping a very close eye on the restaurant’s books, as produce prices fluctuate and overseas ingredients can get held up.

She’s also going back to working in her previous field of radiology one day a week.

That’s part of a bid to make sure their staffers have enough hours – the 10 or so hours of kitchen work Anh used to do will be split among three other staffers.

Overall, the restaurant’s trade is down about 30 per cent on last year, which the Chaimontrees mostly put down to the business lunch crowd drying up.

Taking their food truck out to Pukete on select lunchtimes has provided a few sell-out successes, and the restaurant has hosted whiskey and cocktail events.

“Events like that help us pay rent … The landlord does help but … every dollar matters at the moment.”

After lockdown, people wanted to get together with friends they hadn’t seen for a while, Pat said.

“We still count ourselves lucky that we are here,” he said. “I think we’re still in a good position going forward … A lot of restaurants have shut down. We’re not in Auckland, we’re not in Melbourne.”