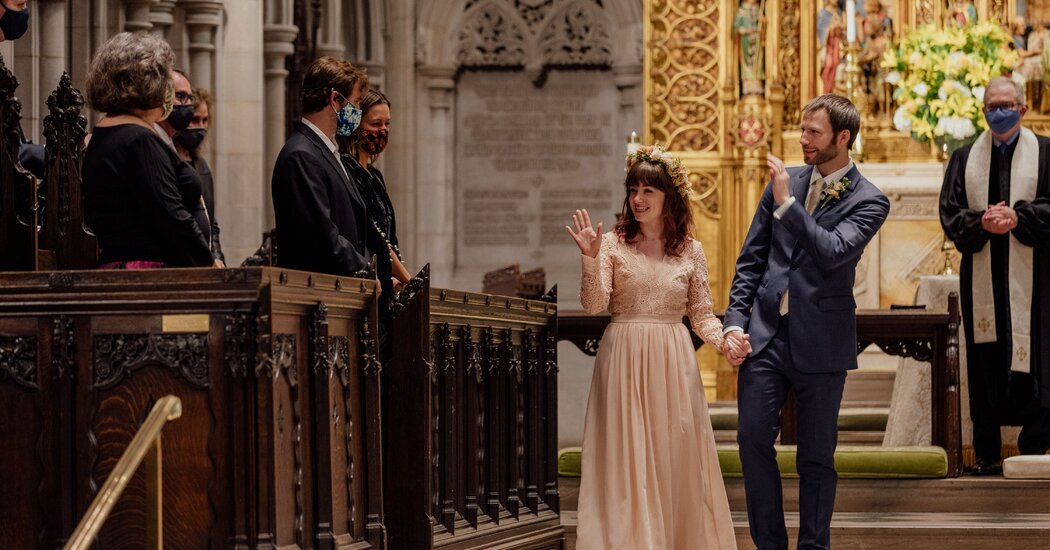 Susanna Helene Guffey and Ross Wilson Brady didn’t meet the first time their crossed paths. Both were at a bar in Manhattan’s Yorkville neighborhood in June 2012 with their respective friend groups, and Ms. Guffey hit it off with one of Mr. Brady’s friends and eventually started dating. A few weeks later, they were introduced at a karaoke bar by Mr. Brady’s friend, and within a month became good friends.

“We had always gotten along, and I always thought that Ross was a good guy,” Ms. Guffey, 32, said.

On a December night in 2015, Ms. Guffey was on her way home from hanging out with friends on the Upper East Side when she barely made it onto a Queens-bound E train. As the train jolted to a start, she noticed a familiar face: Mr. Brady was also on the train, on his way home from a hockey game.

“We did that thing where we were like, Oh, we should catch up some time,” said Ms. Guffey, who is a senior director of business and legal affairs at the Universal Music Group in Manhattan. “That usually leads to nothing.”

But Ms. Guffey was determined to make sure they actually did meet up, and texted Mr. Brady, 35, “like five minutes later,” he said.

Neither of them knew exactly what to expect when they met up for drinks a few days later, and about halfway through the night, after a little “liquid courage,” Ms. Guffey asked Mr. Brady if they were on a date. Mr. Brady said yes, and they kissed.

“Because we had been friends for two or three years at this point, we just sort of knew, OK, we’re together now,” said Mr. Brady, who is a senior marketing specialist for infrastructure projects at the engineering firm Arup, in Manhattan.

Mr. Brady was living in Astoria, Queens, with Ms. Guffey’s ex-boyfriend, who was supportive of their new relationship. Ms. Guffey was living in Bedford-Stuyvesant, Brooklyn, and their early relationship was marked by long interborough commutes and subway transfers. On their six-month anniversary they took a trip to the New York Transit Museum, where they realized that only a few years ago the Metropolitan Transportation Authority ended service to a subway stop that would have been a direct route between their apartments.

“I was like, you’ve got to be kidding me,” Mr. Brady said. “It was so difficult to go between our apartments.”

About two years into their relationship the couple moved in together, first in Brooklyn and later in Manhattan, where they now live only a few blocks away from the bar where they first crossed paths.

The couple had been talking about getting engaged since they moved in together, and in December 2019, on the anniversary of their first date, Mr. Brady asked Ms. Guffey to marry him.

The couple married Oct. 24 at St. James’ Church in Manhattan, where Ms. Guffey is a member of the vestry. Ten guests watched in person as the Rev. Brenda Husson, an Episcopal priest, performed the ceremony, which was livestreamed to family and friends, and followed by a Zoom reception.