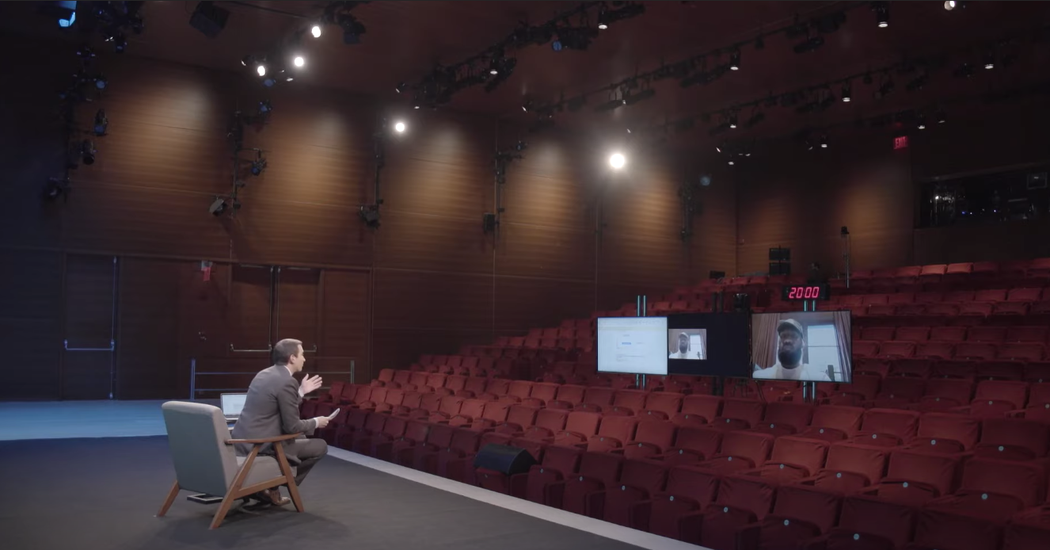 The discussion about race and corporate America with Ursula Burns, Robert Smith and Michael Render (the rapper and activist known as Killer Mike) was virtual, but it felt raw and real. The debate about hiring quotas — especially Ms. Burns’s and Killer Mike’s pushback on the basis of my question about them — is worth your time, as is the rest of this important conversation.

LeBron James’s More Than a Vote group clearly had a profound impact on this election, mobilizing some 300,000 voters. And he broke the news in our discussion, with Sherrilyn Ifill of the NAACP Legal Defense and Education Fund, that the voting-access group will remain active in Georgia for its Senate runoff elections.

Throughout the summit, there was a sense, from Mr. James to Killer Mike and the C.E.O.s and C.F.O.s we spoke with, that all are now using their platforms to be “more than” their titles — more than an executive, more than an athlete, more than an entertainer. After the election, I wondered whether the past four years of activism among business leaders were an aberration. The past two days convinced me that they were not.

A final thought: This is the ninth year of our summit, and I enjoyed hosting it online with all of you for the first time. I really hope we can get together in person soon. But the scale of the audience we reached this week leads me to believe that events may forever consider a hybrid approach, with some people attending in person and others beamed in from around the world.

Boeing’s 737 Max is cleared to fly. The Federal Aviation Administration approved the jet’s return to the skies following two fatal crashes in 2018 and 2019, after reviewing changes to its software, design and crew training. Air travel remains depressed, however, so that won’t help Boeing’s financial troubles much.

America hits a grim Covid-19 milestone. The U.S. passed 250,000 coronavirus-related deaths yesterday, and could soon be reporting 2,000 or more deaths a day, matching the previous peak. New York City is shutting public schools and Boston’s mayor told college students traveling home for the holidays not to return until spring.