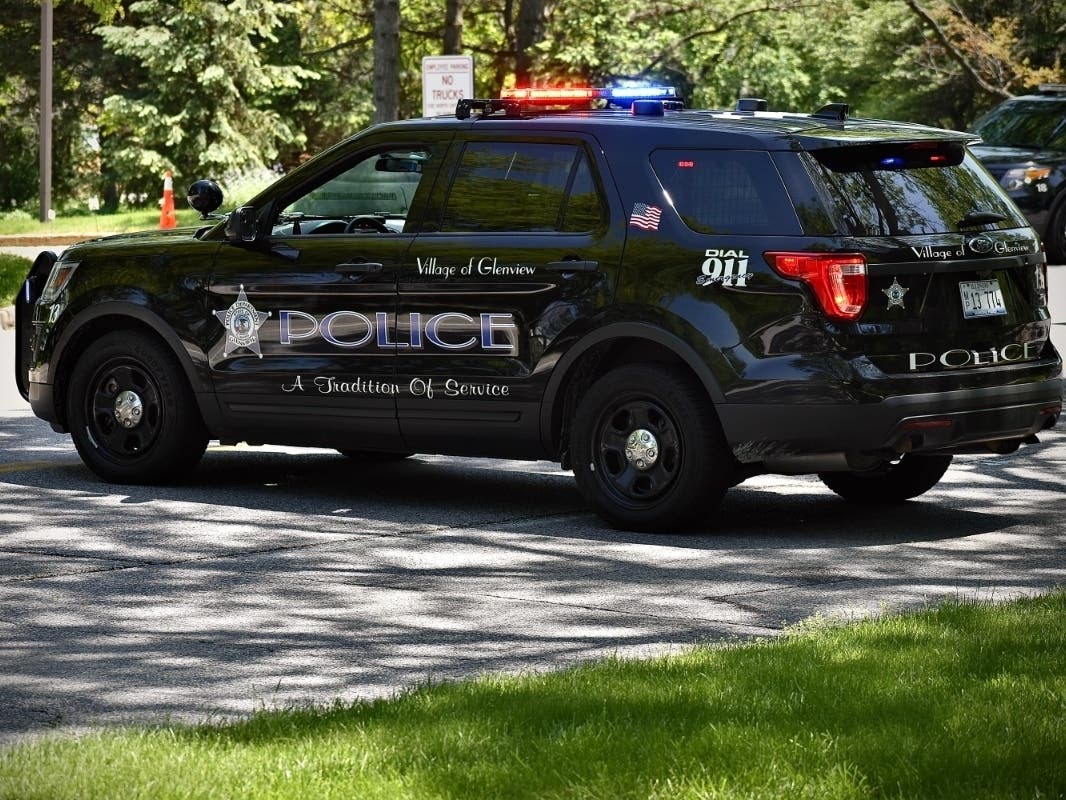 GLENVIEW, IL — The following information comes from the Glenview Police Department (unless otherwise noted) and court records as a record of police activity, including incidents reported by the public and those arrested by police. Criminal charges represent accusations by the state and are often dropped or reduced. Updated information may be available from the Cook County Clerk of the Circuit Court.

Every person arrested is presumed innocent unless proven guilty beyond a reasonable doubt in a court of law.

Frederic Mendelsohn, 60, of Glenview, is accused of domestic battery, and was arrested at 6:23 p.m. Nov. 3. He was scheduled to attend a bond hearing on Nov. 4.

DRIVING UNDER THE INFLUENCE OF ALCOHOL

Shkelzen Imajlaj, 55, of the 6000 block of North Sheridan Road, Chicago, is accused of driving under the influence of alcohol, driving under the influence of alcohol with a blood alcohol concentration level over .08, disobeying a traffic control device, and was arrested at 12:34 a.m. Nov. 7 in the 4000 block of West Lake Avenue. He was released on a $1,000 bond, and assigned a court date of Nov. 23.

A Patriot Boulevard resident reported at 12:03 p.m. Nov. 3 someone contacted them online and offered to repair their computer. The resident provided banking information and discovered money was fraudulently taken from their account. The reported loss is $400.

A Greenwood Road resident called police at 2:38 p.m. Nov. 3 to report applying for a job through an online service. They were hired by a subject and sent a check for $1,980. The fake employer requested gift cards be sent to another employee. The resident’s bank informed them the check was fraudulent. The reported loss is $1,500.

An employee of the Glenview Park District reported at 2:14 p.m. Nov. 4 someone scratched the outer doors and walls of the north and south fieldhouses with an unknown tool at Richardson Park, 1950 Westleigh Drive. Total estimated damage is $400.

Two drivers got into a verbal argument following a driving dispute at 4:43 p.m. Nov. 5 in the 1800 block of Waukegan Road. One driver threw water at the other driver during the argument. There were no injuries.

A resident in the 2700 block of Aspen Court reported at 6:20 p.m. Nov. 5 someone stole jewelry from the master bedroom while they were away. Total reported loss is $33,800.

UNLAWFUL TAMPERING WITH A VEHICLE

A person visiting from Wisconsin reported at 11:38 p.m. Nov. 7 seeing someone letting air out their vehicle’s tire in the 4500 block of Lilac Avenue. They were last seeing running northbound from the scene.

An employee of a business in the 1900 block of Tower Drive called police at 11:15 a.m. Nov. 8 to report a female exited the store without paying for an unknown amount of merchandise.