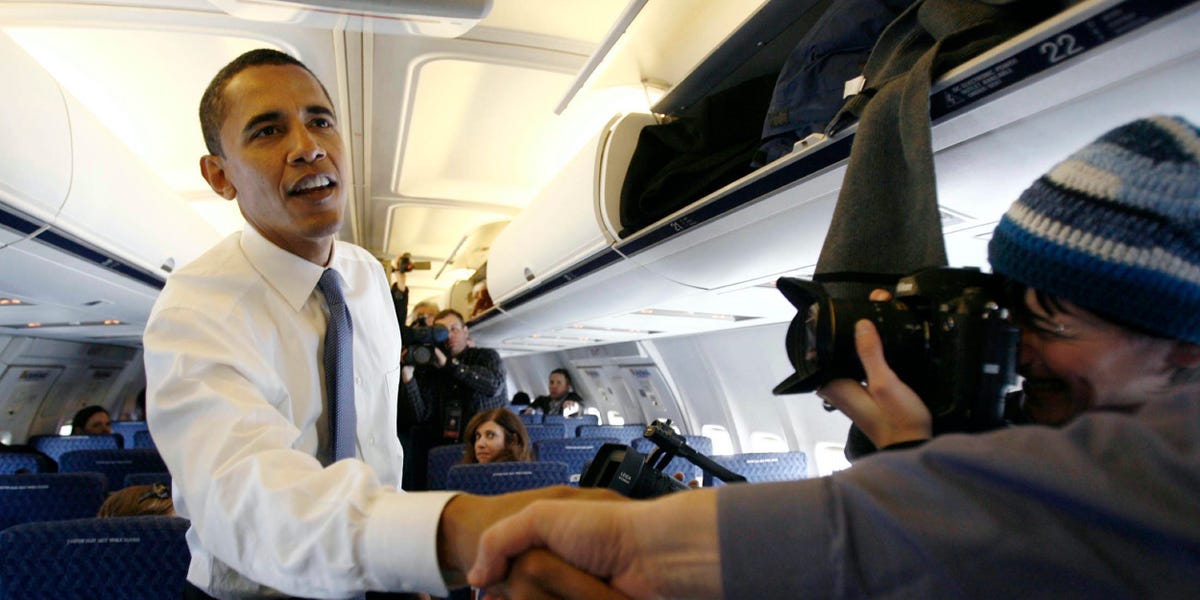 The 2020 election has been the most contentious in our lives. It’s divisive and ugly. We can’t wait until it’s over so we can mend fences with those on the other side and, hopefully, find some unity again.

But, if we push past the bitterness and negativity of the campaigns and get down to the fundamentals of what it takes to gain credibility and earn trust, there are five foundational pieces that candidates are often successful at. These same lessons can be used by coaches and consultants who are seeking to be thought leaders in their industries.

Build thought leadership on knowledge, not a catchphrase

It’s not enough to have a snazzy catchphrase; the candidate also needs good content to back it up. In a campaign, phrases like “Build Back Better” and “Make America Great Again” are often the rally cries of leaders.

But catchphrases are just the attention-getting device. For many Americans, it takes more than a slogan to get their vote. They need to understand that there is some substance behind it — a plan that makes sense.

It’s true for coaches and consultants too. Many have slogans that are repeatable and get the attention of their audience. But, unless they can back it up with actionable tools that make a difference, they won’t make a lasting impact. Initially, they might get some online engagement, a few calls, maybe even a couple of new clients. However, it won’t be sustainable. They won’t get asked back for more work. They won’t get referrals. They won’t create connections and impact that last.

By the end of an election, we are sick of the campaign ads, phone calls, emails, and now text messages. We are ready to throw all of the technology out and move off the grid. Campaign professionals don’t do these things to annoy us. They do them because they work. And, in the United States, where the last few elections have been incredibly close, everything matters.

Coaches and consultants don’t have the budgets to extend their ideas as far as politicians, but they need to have an audience that follows them and is consistently growing. It is essential to build networks that pay attention and amplify the message.

In order for coaches and consultants to reach and maintain a thought-leader status, it is important that they put out regular content through their blog, social channels, email, and guest posting. Like politicians, coaches and consultants can’t just disappear and expect to retain their expert status. With a 24-hour news cycle, the next expert is just waiting to step up to the plate.

Read more: 4 things everyone should know before signing an NDA with their employer

During the 2008 and 2012 campaigns, President Barack Obama normalized the use of email to reach voters. In 2016, Donald Trump got massive attention for his use of Twitter. He also used more traditional forms of message delivery – TV ads, radio, mailers, and town hall gatherings. To become an elected official, you need to reach people through the channels they use. In 2020, Americans use multiple communications platforms to get their news and entertainment, and politicians have followed with more communication than ever.

Build a network with bravado or humility

Politicians have powerful networks. They are known for shaking hands and kissing babies — well, not in 2020, but every other campaign. They are visible and don’t hold back. They assume the people want to be with them, hear their ideas, and know them. Some are full of bravado, while others are humble.

The same can be true for coaches and consultants. Whether full of bravado or humility, experts have to put themselves and their ideas boldly out in the world. It takes confidence and a whole lot of real courage.

Speak to those who love you

It’s easier to keep a vote than it is to get a person to change their vote. That’s why politicians work so hard to satisfy their base. When they lose a vote, they aren’t likely to get it back, so they fight hard to hold on to their faithful supporters.

Likewise, for coaches and consultants, it’s cheaper to keep a client than gain a new one. Keeping clients requires that they regularly reach out to past and current connections and always provide value. The relationship has to stay active, so they know where the solution is when they have a need.

Thankfully, most coaches and consultants don’t attract the conflict and animosity of political campaigns, but there are some important lessons to learn from those who do so well at gaining attention, voters, and sometimes notoriety.

Casey Fuerst is a marketing expert based out of a suburb of Minneapolis. She helps coaches and consultants fill their sales funnels and earn business with smart, crystal clear marketing. Download a sample 3-month marketing plan.