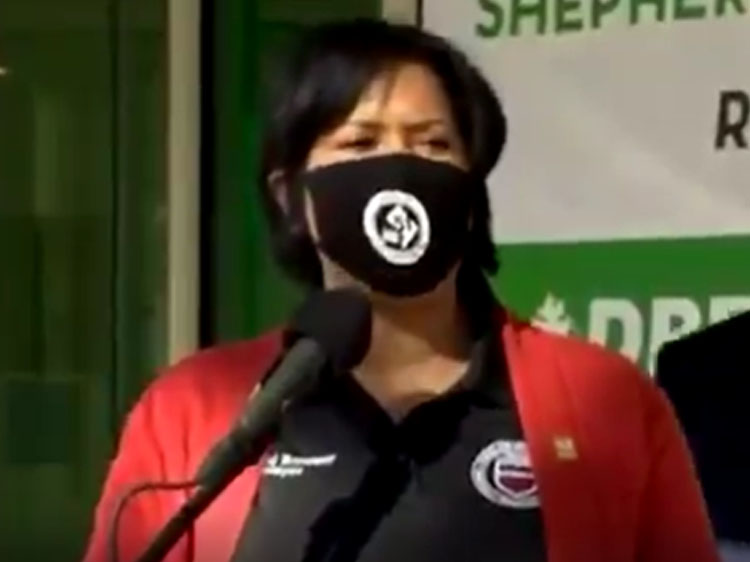 Washington D.C. Mayor Muriel Bowser defended her decision to bring members of her staff to Delaware to celebrate with presumed President-elect Joe Biden on Saturday, saying the party was “official business,” according to NBC News.

Bowser announced earlier this week, in anticipation of election-related protests this weekend, that anyone traveling into Washington D.C. from any state other than Maryland or Virginia must quarantine for 14 days.

“The new president is our neighbor, and I will be his mayor while he’s here. And there are special events that our city supports with the federal government,” Bowser said. “And so building relationships with a new team is going to be important for all of us.”

“I don’t think anybody expected that as we went into winter that we would see lower numbers,” Bowser said. “What I can say is that while they’re higher, they’re not spiking higher. There’s some uptick in numbers, but it hasn’t been a spike. And that’s because D.C. residents continue to be diligent, and we want to remind them to continue to be diligent in their everyday activities. And we greatly appreciate that.”