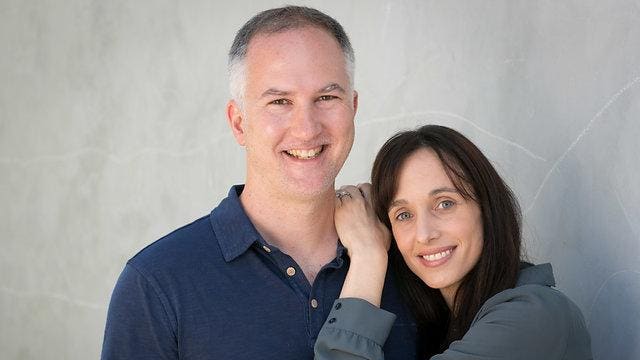 After Dr. Stephanie Canale began breastfeeding her newborn daughter, there was something wrong. At two months, the infant was rapidly losing, instead of gaining weight. This is when Canale recognized that her breast milk didn’t have all the necessary nutrients, and the infant was diagnosed with failure to thrive; she was falling off the growth charts despite Canale feeding her as much milk as she was producing. When her daughter was diagnosed with spina bifida four years later, it prompted Canale, an internal medicine physician, to research the nuances in nutrition during and after pregnancy, learning that not everyone’s breast milk carries maximum nutrients. Canale began her mission of helping moms deliver the best nutrition to their babies when she launched Lactation Lab in 2017 to scientifically test breast milk in a laboratory.

“I don’t want any other mother to go through the stress that I did,” Canale said. And I feel like we deserve answers.”

Some researchers view human milk as playing a significant role in a newborn’s health and survival. The milk composition varies from mother to mother and maternal diet affects micronutrients in the milk. Canale wanted to make sure that those who choose to breastfeed ensure that they are healthy enough to provide ample nutrition. Working out the scientific details, sampling over 5,000 women’s milk and perfecting the business approach were key steps in forming Lactation Lab. Doubts from potential funders stating that breast milk didn’t need testing and that milk is “always perfect” forced Canale to bootstrap the business and lay out the plan almost entirely by herself. Despite resistance, Canale pushed to create a mechanism to measure nutritional content including vitamins, calcium, protein and even carbohydrates and mercury in breast milk. The testing process requires collecting and freezing milk from both breasts and sending it to Lactation Lab in the provided test tubes. A comprehensive report and recommendations are then sent back to the woman. The ongoing goal is to facilitate transparency in milk nutrition and enable women to take charge of their child’s and their own health.

“It’s really about all the women out there that don’t talk about it, for whatever reason,” Canale said. “Some can’t, some don’t want to.”

After researching all she could on breast milk, Canale was off to a rocky start when investors would not budge. “Convincing people that there is a problem to be solved was the biggest challenge,” she said. Some didn’t believe there was any issue in breast milk while others, Canale said, weren’t interested in investing in a female-led company. Without investors, she and her husband Eric Canale, who has an MBA used their own money.

It wasn’t until Canale began opening up about the idea to her patients at UCLA—who were all ears and eager to help—when she gained some momentum. “We knew there was something there,” she said. “The data speaks for itself. The demand speaks for itself.” And sure enough, it did. The company now sells kits through its website starting at $99 and its partners, Milk Stork and Motherly, and it has even secured Hulu as a corporate client.

Canale initially hired chemists as consultants and began collecting milk samples. She worked closely with a local lactation consulting center in Los Angeles and received samples from there, in addition to the ones from her own patients. They tested samples in a food lab at UCLA. By this point, Canale had grown her team to include her husband, a physicist and multiple chemists holding Ph.D. degrees. The next step was assessing the data and seeing for example, if various nutrient levels changed a couple weeks after the women changed their diets. “We started looking at different vitamins,” Canale said. “I would reach out to the leading authors of these papers and say, you studied Vitamin D and breast milk. Is this feasible to test or not?”

“We’re taking the guessing out of breastfeeding,” Canale said. The targeted data and results streamline how women can better their health without spending an enormous amount on supplements, according to Canale. With this, they are telling people exactly what they need and where they are deficient, she said.

The testing has even detected ruptured breast implants through increased traces of silicone in breast milk. Lactation Lab has seen at least ten such cases, with a high demand from women wanting to learn more about it. They’ve developed a telehealth platform and online consulting service to address follow-up questions about test results and offer further guidance. This is led by Canale, a functional medicine doctor, a lactation consultant and a registered dietician. Although testing is implemented at UCLA, Lactation Lab remains a private company that pays rent for the laboratory services.