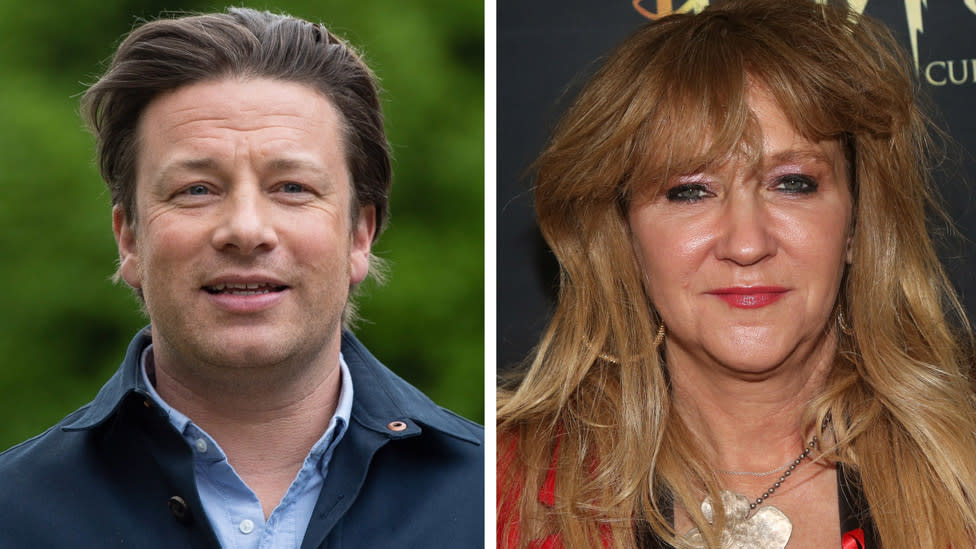 Chef Jamie Oliver, comedian Josie Long and theatre producer Sonia Friedman are in teams that have been shortlisted to take part in a 2022 national festival.

They and many others are members of 30 teams who will each receive £100,000 to develop plans for a UK-wide celebration of “creativity and innovation”.

Ten proposals will be selected for the event, which was dubbed the Festival of Brexit when it was announced in 2018.

The event now goes under the working title Festival UK 2022.

Friedman’s production company, which has staged hit shows like Harry Potter and the Cursed Child, has joined forces with film-maker Sally Potter and the BBC Concert Orchestra on one of the teams.

Long is working with the operators of Chester Zoo, while The Jamie Oliver Group is cooking up an idea with the Institute for Global Food Security and Edinburgh Napier University, among others.

Other individuals involved at this stage include Faz Shah, a beat-boxing violinist from Oldham, and Pàdruig Morrison, a Scottish musician who is also a crofter.

The British Film Institute, the British Library, the Eden Project and the Tate galleries are involved in some of the teams that were announced on Monday.

Tech firms like Siemens and IBM are also cited as participants, as are such organisations as the European Space Agency, the British Antarctic Survey and the Canal and River Trust.

The research and development (R&D) phase runs until the end of January, at which point the 30 teams will pitch their ideas in a bid to become one of the final 10 commissions.

The full festival programme will be announced next year, as will the event’s final name.

The festival is spearheaded by Martin Green, who was head of ceremonies at the London 2012 Olympic Games and director of Hull’s year as UK City of Culture in 2017.

The event has two stated aims – to “bring people together to celebrate our strengths, values and identities”, and to “celebrate our offer to the world” in the hope of generating business and investment.

Mr Green told journalists the aim of the R&D phase was to generate 10 “brilliant, earth-shattering ideas” from across the UK.

“We were convinced we could come up with more innovative and intriguing ideas if we asked everybody to combine their creative talents from the outset,” he said.

Mr Green said the aim of the festival – which will coincide with the Queen’s Platinum Jubilee and other landmark events – was to be “aggressively modern and forward-thinking”.

The event was dubbed the Festival of Brexit when then-prime minister Theresa May declared in 2018 that it would “mark this moment of national renewal with a once-in-a-generation celebration”.

Mr Green said he would let people make their own minds up about the event but expressed his hopes that it would be seen as “something exciting to look forward to”.