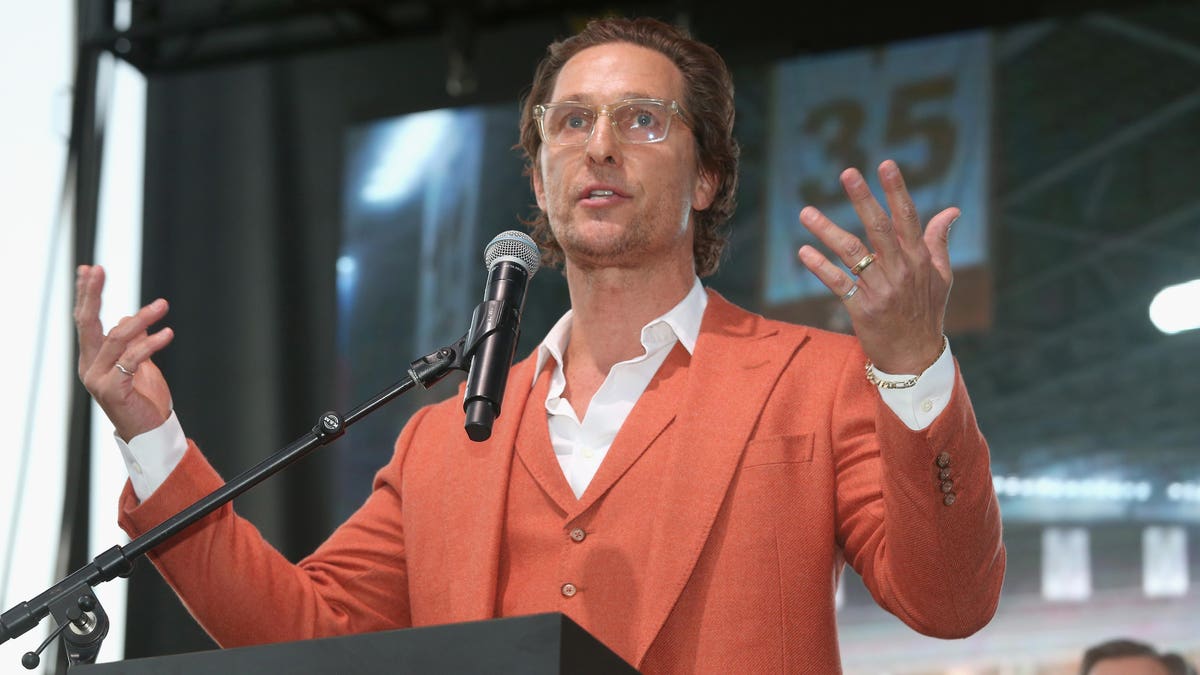 Actor Matthew McConaughey, a movie star known for his Oscar-winning performance in Dallas Buyers Club, among many others, said in an interview this week he wouldn’t rule out running for governor of Texas, saying President Donald Trump’s presidency has shown that Americans respect people with “money and fame” above all else, even in the political realm.

When pressed by radio talk show host Hugh Hewitt on a podcast recording Tuesday about a potential gubernatorial run, McConaughey answered, “I don’t know. I mean, that wouldn’t be up to me. It would be up to the people more than it would me.”

He pointed out other entertainment figures who have successfully transitioned from Hollywood to government, like former California Gov. Arnold Schwarzenegger, Minnesota Gov. Jesse Ventura and Trump.

Americans use money and fame as the top ways of gauging success, he said, which gives Hollywood entertainers an advantage in political campaigns.

McConaughey went on to describe how he believes Americans have lost trust in each other and that he would like to see the country “get behind personal values to rebind our social contracts with each other” and move forward after the Trump Administration’s four divisive years in the White House.

“Look, politics seems to be a broken business to me right now,” McConaughey said, adding that if it “redefines its purpose, I could be a hell of a lot more interested.”

“Regardless of [Trump’s] politics . . . What do we say in America is successful? What do we give credit and respect [to]? Well, the top two things are money and fame,” McConaughey said. “On a very base level, Trump has those, so I don’t know why we should be so surprised that he got elected.”

McConaughey wouldn’t be the first entertainer to launch a political campaign for governor in the Lone Star State. In 2006, popular singer-songwriter Kinky Friedman made a run for the position as an independent. He managed to secure 12% of the vote, but lost to Rick Perry, Texas’ longest-serving governor. McConaughey is a Texas native and lives in Austin, the state capital.