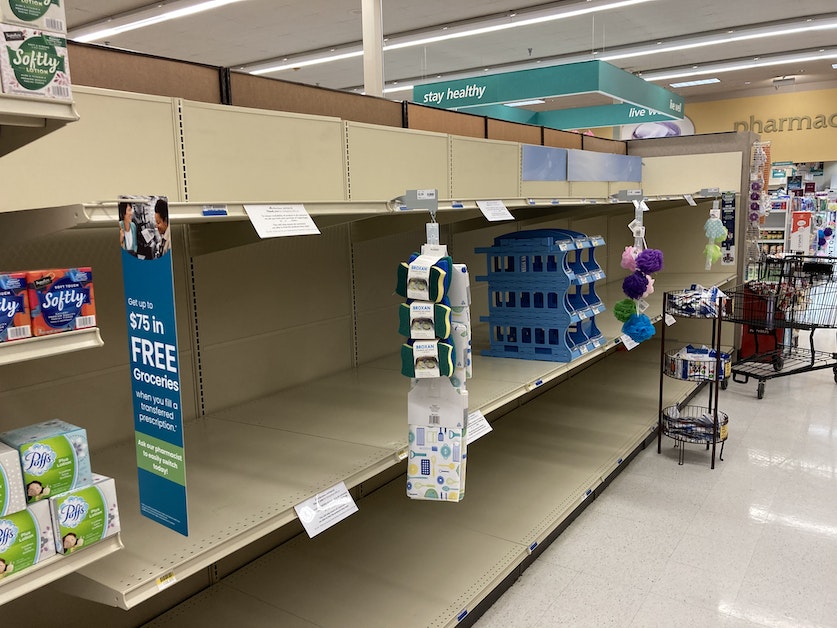 Under Inslee’s orders, gyms, movie theaters, bowling alleys and museums will once again have to close. Also, restaurants and bars will have to cease offering indoor dining service and limit outdoor dining to five people per table. Many other businesses will also be affected. The new rules will remain in effect for at least the next four weeks.

In a Facebook post, House Republican Leader J.T. Wilcox said the new restrictions will result in a “catastrophic cost” to small-and-family-owned hospitality businesses.

He also said House Republicans, who are in the minority, are prepared to rush into special session within 24 hours to address the situation, which Wilcox argued should include using state reserves to provide some relief to businesses.

“This is an investment in the economy that I think we can’t afford not to do,” Wilcox said in an interview.

As of September, the state was projected to have $2.4 billion in a restricted fund known as the budget stabilization account through the 2021-23 budget cycle. However, that money may also be needed to help lawmakers close a potential $4.5 billion budget shortfall when they convene in January.

Wilcox said his caucus was also drafting legislation to provide businesses with relief from property taxes and business and occupation taxes.

In response to Wilcox’s proposal to tap the “rainy day” fund, Inslee’s budget director, David Schumacher, said: “Our focus at this time is on using federal CARES Act funds to support impacted workers and businesses. Once those funds are exhausted, we will work with legislators on how to address additional relief needs.”

On Sunday, Inslee said he intends to free up $50 million in federal relief funds to help businesses and workers affected by his latest orders. But he also acknowledged it won’t be enough.

“This is not going to ameliorate all the economic suffering by a longshot,” Inslee said.

Asked if he would support calling lawmakers into a special session, Inslee didn’t rule out the idea. But he also didn’t commit to it.

“We don’t have any current plans to do this,” Inslee said.

In a statement Monday, Speaker of the House Laurie Jinkins, a Democrat, offered support for Inslee’s actions and suggested the state’s hands are relatively tied when it comes to passing a state-level relief package.

“We will push for more small business assistance immediately and focus on providing relief to businesses struggling under the pandemic, but without federal assistance our options are very limited,” Jinkins said.

She urged President Trump and Congress to pass another relief package and said it couldn’t wait for the next administration to take office in January.

But Republicans were firm that the state shouldn’t wait for Congress to act. In a statement, Senate Republican Leader Mark Schoesler also urged an immediate special session and criticized Inslee for taking unilateral action.

“Senate Republicans can be ready with a day’s notice to convene an emergency special session, as we’ve asked the governor to do repeatedly,” Schoesler. “There would likely be far more widespread support for safety measures if they weren’t being dictated to us by one man.”

On Sunday, Inslee announced the new restrictions with a lineup of speakers that included Democratic politicians such as Seattle Mayor Jenny Durkan and King County Executive Dow Constantine, but no Republican elected leaders.

Businesses and their employees are already feeling the impact of the new orders. Tiffany Krueger, owner of Athena Fitness and Wellness in Olympia, called the situation “pretty devastating.”

Krueger and her business partner opened their business in February right before the pandemic struck. They almost immediately had to shut down when Inslee issued his “stay home” order in March. Then, in early June, they were able to resume limited in-person classes. But now they’ll have to close again.

“I understand the decision, you know we have to get a handle on this, we have to get people safe,” Krueger said. But she also expressed frustration that it’s come to this.

“Everyone is suffering, the collective, because certain people refuse to follow the mandates,” Krueger said.

The survival of Athena Fitness, Krueger said, now depends on whether their clients will continue paying monthly dues for online classes – and whether the business can secure a short-term loan. Krueger added that she’s still waiting for a federal Small Business Administration loan that she applied for in April.

“I just wish that there was more support available for businesses and people in general,” Krueger said.

It’s too late for Grapes & Crepes, a wine and crepes shop in Ellensburg. Owner Bill Hinkle said he and his wife decided last week to close their business after efforts to sell it were unsuccessful. Hinkle called the governor’s latest order suspending indoor dining the “nail in the coffin.”

Hinkle said Grapes & Crepes survived to this point with the help of government loans and even an $800 donation that covered last month’s rent.

Prior to Inslee’s order ending indoor dining they were operating at 50 percent capacity.

“We’ve been kind of holding out thinking maybe there’s hope, maybe things will get better and it just didn’t,” Hinkle said.

Even as some businesses were preparing to close their doors, many grocery stores were slammed with a wave of panic buying brought on by the governor’s new orders. Images on television showed lines around the block at area Costco stores and grocery shelves were bare of toilet paper and other similar essentials.

Under the latest restrictions, grocery and convenience stores must operate at 25 percent of capacity. The previous cap was 30 percent, although it’s not clear that was routinely enforced.

On Monday, Inslee’s office said it had anticipated “some hoarding” and again urged people not to rush out and buy up supplies.

“The governor’s message remains consistent: It is harmful and irresponsible to engage in this activity,” said Mike Faulk, a spokesperson for Inslee. “There is no need for it. The supply chain is strong.”

Tammie Hetrick, the president and CEO of the Washington Food Industry Association, which represents independent grocers and convenience store owners, echoed that advice.

“We’re in good shape, we’ve got supplies available as long as people aren’t panic buying and over buying,” Hetrick said.

The challenge now, Hetrick said, will be to get shelves restocked. She was hopeful that will happen quickly because suppliers are better prepared than they were in March. [Copyright 2020 Northwest News Network]