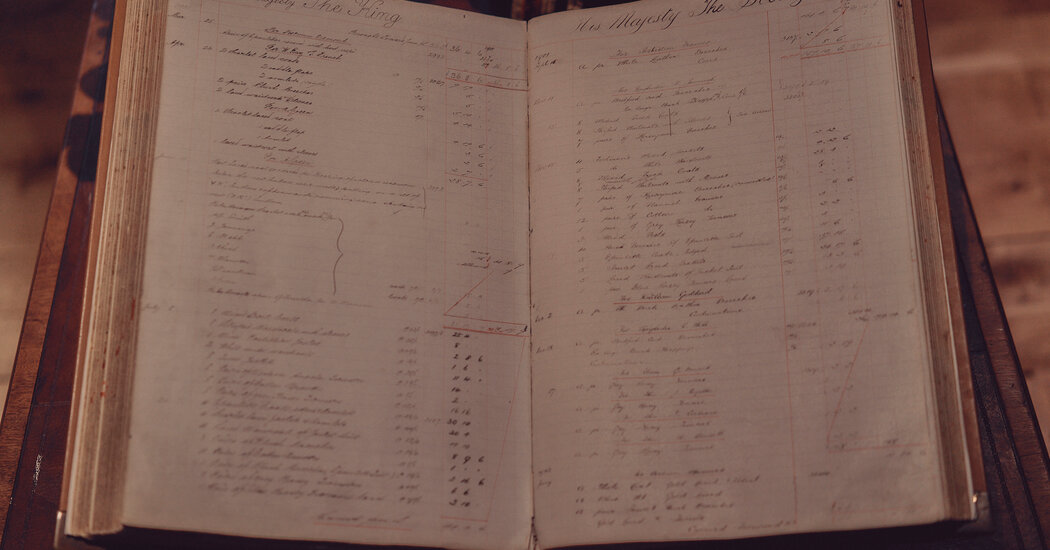 “Men are more straight up and down, with or without beer bellies,” she said. Instead, she has sold tens of thousands of dollars worth of pandemic masks, some from leftover shirt fabric, and, more ambitiously, is prepping a new, socially distanced venture — an online store called Form Tailoring by Gormley & Gamble.

Richard Anderson, owner of a shop that bears his name, stuck to an in-person approach to sales in the months between lockdowns. He had designed a trio of casual blazers, and one afternoon, before he had to close his doors again, he modeled them in a mirror. They were identical in cut — one button, peak lapels, slightly padded shoulders — and sold in wool, suede and leather. The leather version was a shade of shiny, riotous red rarely seen on anything but fire trucks or Michael Jackson.

Three out of four Beatles

Set in the upscale Mayfair neighborhood in Central London, Savile Row is a three-minute walk from Regent Street, one of the busiest shopping boulevards in Europe. Somehow it still feels separate and secluded, like a private club you might miss unless someone pointed out the entrance. It’s a by-appointment destination that doesn’t get a lot of foot traffic. Customers range from royals to mobsters, plus plenty of financiers.

“I had this one customer, young guy, whose father brought him in,” Mr. Carnera said. “He insisted I make an inside pocket for his joints.”

Raised in southeast London, Mr. Carnera skipped college to start an apprenticeship at Anderson & Sheppard that lasted for three and a half years. During that time, he worked solely on jackets, though his duties also included sweeping the floor, making tea and enduring practical jokes, like being sent on errands to buy button holes.